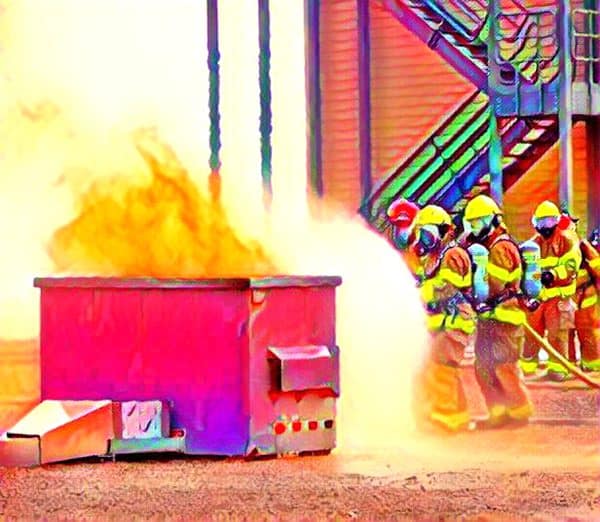 Last month, Crowdfund Insider reported on two debt-based investment platforms based in Estonia closing their doors leaving investors with many questions and apparently no money.

Envestio tweeted that the problem had to do with a “well-planned set of actions aimed to cause significant financial and reputational damage, as a result of which the Envestio platform should inevitably begin to experience substantial difficulties with current payments to its investors.”

Today the site generates a 404. An affiliated blog post explaining the challenges has vaporized as well. Reportedly Envestio had approximately €31 million invested – all of it has since disappeared.

Kuetzal, another debt-based platform, generates a security warning when you attempt to visit the site. Not a good sign.

Both Envestio and Kuetzal were originally created by residents of Latvia but launched in Estonia, according to a report in la.lv. The Estonian police have stated they do not believe the two platforms are directly related. The Estonian police are working with the European Union authorities as investors were not just in the Baltic countries.

Boldyield, a crowdlending platform, has canceled all of its current offerings. Based in Estonia as well, Boldyeild paused all offerings due to “significant events.” Boldyield lists asset-based investment opportunities generating yields from 10% to 18% per year. Little has been heard from Boldyield since the Estonia based platform posted the news on January 31st but the website remains largely operational – a good sign.

The aforementioned report includes a quote from Ilze Sokolovska, Deputy Chief at the Economic crime-fighting administration in Latvia (ENAP), stating the disappeared platforms look pretty much like a pyramid scam.

Estonia has launched an investigation into the collapse of two platforms according to public authorities. A report in The Baltic Times complained:

“Nobody is monitoring the crowdfunding sector in Europe, and Estonia has quite a liberal approach to this. According to estimates, Envestio managed to raise around EUR 30 million, and now law enforcement authorities are establishing what has happened exactly and whether the money has been stolen. Investors in the platform were from across Europe, while owners and the board were citizens of Estonia and Latvia.”

Head of the Estonian Economic Crime Bureau of Central Criminal Police Leho Laur stated in a release at the end of January:

“Our first objective in the investigation is to find out whether it was fraud and the platform was created with the purpose of deceiving people or the website was closed due to a bad investment. It is also important to identify the people connected to this company and determine, whether the crime was committed in Estonia or elsewhere. This is an investigation that has many parties and we will be cooperating internationally as well. Understandably, the people who placed their money with Envestio are most of all interested in recovering their funds. The Economic Crime Bureau of Central Criminal Police is working to establish how money was moved. Usually, in international fraud, the money is quickly shifted between accounts in different countries until it is withdrawn through an ATM. Due to this, the chance to recover the money is small…”

Estonian State prosecutor Sigrid Nurm offered little solace in his advice to look beyond advertisements on social media and promises of very high rates of returns for investors when participating in online investment opportunities.

Government authorities have already said that any chance of recovery of funds remains rather small.

Blog site FinanceFreedom has done an excellent job of outlining the debacle with timelined pages regarding both Envestio and Kuetzal.

On the Kuetzal page, the site poses a rhetorical question; is the crowdlending platform a scam?:

“The short answer most probably is YES, Kuetzal is a scam. I would like to quote Jørgen from Financiallyfree.eu here, who said it in the most perfect way – “It’s not really a question anymore, it’s more a statement.”

On the Envestio investigation page, the author asks a similar question:

“The short answer most probably is YES, Envestio is a scam. The red flags started popping up about half a year ago, but I think that most important fact is that in the middle of the summer (2019), Envestio had a change in ownership and change in management in December.”

So who is the big loser here? The investors of course.

They have probably lost all of their money. It is a sad day for people who put their trust in these crowdfunding platforms that clearly failed in their fiduciary responsibilities.

For investors in the Envistio platform, there is an active Telegram community that has compiled all the information available on the alleged fraud and the principles. Misery loves company but perhaps a concerted effort can help propel enforcement officials to be aggressive in their investigation.

There is a similar Telegram channel addressing the Kuetzal demise.

But it is hard not to note that Estonia, and the Baltics in general, have received a big black eye as the country has fallen short in its regulatory responsibilities. Estonia has often touted its Fintech credibility, and many well-known platforms have received financial services licenses in the country that can be passported across the EU, but failures like this demand added scrutiny regarding enforcement and compliance needs.

As quoted in Arileht, Thomas Auväärt, Head of the Financial Markets Policy Department at the Ministry of Finance, said the disappearance of the Kuetzal and Envestio crowdfunding platforms will have a negative impact on Estonia and is impacting the country’s reputation.

The relatively relaxed regulatory environment may have aided law-abiding platforms to pursue innovative new investment services but it appears the rules may have encouraged nefarious characters at the same time.

Now two bad platforms do not mean all the others are bad. Estonia based Bondora has a well-established online lending platform that appears to be doing just fine, consistently generating decent returns for their investors.

When CI first covered the news, Senior Contributing Editor Therese Torris noted that crowdlending is risky – and not just due to risk of defaults:

“The positive track record of longstanding Baltic platforms such as Bondora, Mintos or Twino does not mean that every lending platform that comes out of the Baltics is to be blindly trusted,” said Torris.

Meanwhile, the European Union is seeking to harmonize crowdfunding rules. This policy shift should help mitigate some of the risk regarding platforms that operate without sufficient oversight requiring Fintechs to adhere to certain baseline requirements. For investors in these failed platforms that may end up penniless, new rules from the Commission could have arrived sooner.

If you have additional information on the two platforms please email CI at [email protected].