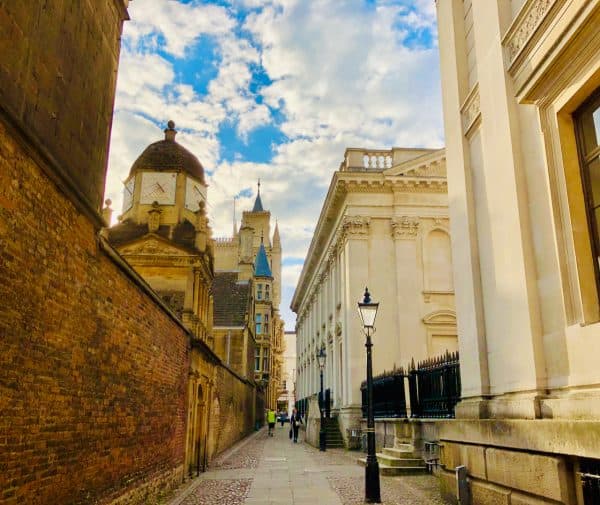 Recent analysis carried out by the National Housing Federation revealed an estimated 8.4 million people in England are living in unaffordable, insecure or unsuitable homes.

The same data also shows that the housing crisis is affecting people from across all age groups and in every part of the nation.

Statistics like this lay bare the dire situation the UK’s housing market finds itself in, whereby a shortage of affordable homes is forcing would-be buyers to settle for unsuitable accommodation, whilst preventing them from getting a foothold on the property ladder.

Despite ongoing political assurances, no real measures have been implemented to help overcome the UK housing crisis, demonstrated by the fact there are currently zero house building targets in play.

The solution? Build-to-Rent developments funded by the Alternative Investment sector.

In late 2019, our company hosted an industry event that provided insight into the continued growth of the alternative investment sector.

Here, we welcomed Andrew Lewer MBE, a Conservative MP and Member of the Housing, Communities and Local Government Select Committee, to speak in a personal capacity, who highlighted the sector’s potential for alleviating the blockages that have prevented the efficient development of housing throughout the UK, and the stability the alternative investment sector has displayed despite the political uncertainty brought by Brexit.

As a result, many investors are now looking at alternative forms of property investment, such as Build to Rent, in a bid to help supply housing for those who are in the greatest need of it, whilst generating hassle-free and profitable returns.

In brief, Build to Rent are new build developments that are designed specifically for the provision of rented accommodation with the additional benefits of longer tenancies, dedicated on-site managers and purpose-built communal spaces. But how popular has Build to

Rent become among investors and why is it being viewed as a means of overcoming the UK housing crisis?

The Rise of Build to Rent

The influence of Build to Rent developments has risen exponentially in recent years. A contemporary report by the British Property Federation suggested that, if current trends continue, the Build to Rent sector could produce up to 250,000 new homes by the year 2030.

The same report reveals that there has been a huge increase in purpose-built market homes for rent, with many more in the development pipeline.

While the vast majority of these developments can be found in London, the markets in the UK’s other major cities are also beginning to gain traction.

A market update produced by Savills in January 2020 shows that the entire Build to Rent sector has grown by 15% since Q4 2018, with much of this growth coming from outside the capital in key regional hubs like Birmingham, Cardiff and Edinburgh.

What’s more, developers and investors alike are recognising the potential of Build to Rent in tackling the housing shortage in smaller cities with work on the first Build to Rent developments in Durham and Chelmsford having started in 2019.

However, it is not just regionally where Build to Rent has experienced growth – the average size of schemes has also increased, particularly outside London, where the research conducted by Savills goes on to show that the average completed scheme is now 158-homes strong outside of the capital, compared to 127 within London.

Why is Build to Rent the Solution to the Housing Crisis?

It’s no surprise that Build to Rent developments are becoming so popular given the range of benefits that they bring to investors, developers and property seekers alike. For one, they speed up development on large sites by providing homes for younger working couples and families who are facing challenges in finding adequate rental accommodation.

In addition, Build to Rent holds the key to creating vibrant communities than can be accomplished quickly compared to owner-occupation and makes great use of inner-city sites that have historically proven difficult.

What’s more, the faster rate at which Build to Rent developments are constructed can largely be attributed to the funding they receive from the alternative investment industry, negating the need for direct government subsidy.

In this sense, Build to Rent can be viewed as a cost-effective means of bringing about a step-change in housing supply, whilst providing additional benefits of longer tenancies, dedicated on-site managers and purpose-built communal spaces.

It should be noted that there is no single, straightforward solution to overcoming the UK’s housing crisis; however, the forecast growth of the Build-to-Rent sector over the next decade will certainly make a ‘dent’ in negating this challenge, whilst providing a smarter alternative to buy-to-let for investors looking to generate viable returns from bricks and mortar.

Reece Mennie is the Founder and CEO of industry-leading investment-introducing firm, Hunter Jones. A natural and accomplished Entrepreneur, Mennie launched Hunter Jones in 2013 establishing a profound reputation as experts in UK and European property-backed interest-bearing Loan Notes; priding itself on introducing very selective and highly researched property investment opportunities to clients from across the UK and overseas. Working in partnership with key property investment and development partners, Reece has raised circa £40 Million for property investment over the past three years, with a projected £18 Million to be raised within 2019 alone. In addition to his role as CEO for Hunter Jones, Reece delivers valuable business and property investment insights to key stakeholders through his own top 25 Podcast series, Mennie Talks.