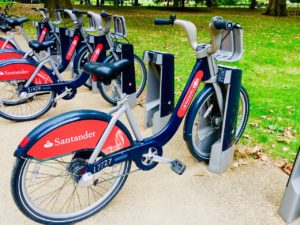 Sifted reported that Santander has worked with several external business consultants including Big Four auditing firm Deloitte, which is assisting the over 50-person team operating out of offices in Brussels, London, and Madrid.

Santander has expanded the project’s team over the past 18 months. It now includes former PayPal executives Cedric Menager, Emilio Meyer Pellegrini, and Ed Metzger, the former head of innovation at Santander.

“We expect to launch in the coming months in the UK and plan to be present in more than 20 markets in the medium term.”

The bank did not confirm an official launch date for the platform.

The PagoFX initiative was first announced back in April of last year, and it was approved by UK’s regulatory authorities in December 2019. The PagoFX platform’s developers are in the process of applying for a license in Belgium, in order to offer services throughout Europe.

According to sources familiar with the matter, Santander is interested in offering services to support the Mexico-US remittance channels. TransferWise introduced an exclusive business offering for these channels in 2019.

“We are building on an open-market solution for international payments that combines the price, transparency and user experience you would expect from a fintech with the trust of a solid and secure bank.”

Banco Santander claims over 145 million customers, and plans to remain competitive as many new challengers or neobanks have entered the global financial ecosystem.

New money transfer and remittance firms have penetrated capital markets across the globe, with TransferWise now claiming over six million customers in more than 59 different countries.