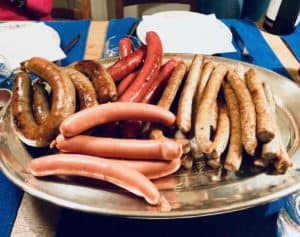 TBC Bank Group PLC, a Georgian bank headquartered in Tbilisi, Georgia, announced on March 12, 2020 that it will be expanding its digital banking services to Germany, in order to take advantage of the leading European nation’s progressive environment for new businesses.

TBC’s management noted they’ve decided to further extend their global expansion strategy, by launching their neobanking platform, Space, in Germany in order to “leverage the country’s startup-friendly environment and the growing Georgian diaspora.”

“Space will be partnering with a local bank and our value proposition will include daily banking products and services as well as lending, remittances, international utility payments and multilingual customer care service.”

The company stated that while Space will own the relationship with the customers, the firm’s local business partner will “provide the balance sheet for lending activities and ensure fulfilment of all regulatory requirements.”

“Space will be mainly focusing on Georgian citizens living in Germany.”

The service is scheduled to be launched during the second half of this year. The company estimated that the initiative will cost around £1.1 million.

TBC said that after the launch of this model in Germany, Space will be looking into various  opportunities in other European markets with “a significant Georgian migrant population.”

TBC is registered as the official name of the bank (not just an abbreviation of its official name). The banking company is listed on the London Stock Exchange and is a constituent of the FTSE 250 Index.