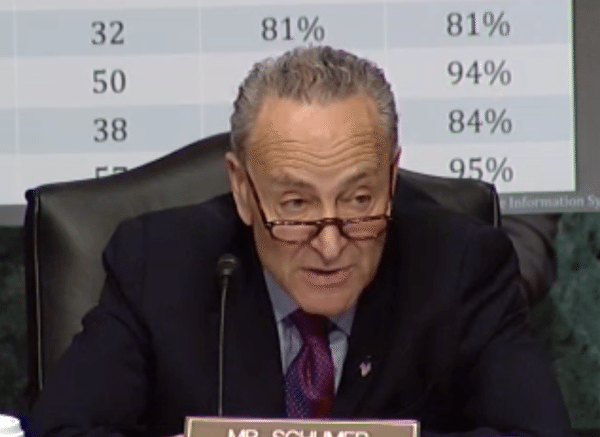 The Coronavirus Aid, Relief, and Economic Security (CARES) Act has not received the votes necessary in the U.S. Senate on the “motion to proceed.” This is not a vote on the final passage but would bring the process to a point where amendments could be allowed and voted on before final passage of the bill. The Small Business & Entrepreneurship Council (SBE Council), a bipartisan group that represents small businesses nationwide, slammed the dysfunctional nature of the Senate as politics appear to be getting in the way of helping the millions of Americans in need of relief.

“It’s outrageous that this critical package for small businesses, workers and our economy did not advance,” said the SBE Council.

“Millions of Americans are losing their jobs at small businesses across the country. Countless small businesses will not make it through the coming week let alone the duration of the crisis. They desperately need capital and support. This is not the time for ‘the world’s greatest deliberative body’ to be squabbling and impeding the relief and support their fellow citizens need. Speed is paramount. Every hour of every day matters to small business owners who are on the brink of closing their doors. Entrepreneurs and small business owners are making heroic sacrifices to save jobs and their businesses. They rarely ask Washington for anything except to run their businesses without undue government interference. But now, they need a lifeline. What a tragedy it would be if the egos and politics of the U.S. Senate sink our country into economic chaos. It’s time for every member of the Senate – and the House – to step up or step aside.”

In a public letter posted yesterday, Kerrigan urged the Senate to act. She urged the Senators to vote yes on the bill and asked individuals interested in supporting small businesses to contact their Senators and urge them to move forward.

Meanwhile, reporters on CNBC questioned whether the Democrats blocking the bill have overplayed their hand.

The Senate failed to move forward on the bill twice today. The US Senators voted 49-46 falling short of the needed 3/5s to move forward. Senator Doug Jones of Alabama broke ranks with Senate Dems supporting the bill. Several Senators were not able to vote due to positive tests of the Coronavirus.

According to the Hill, Senator Susan Collins (R-Maine) called the Democrats’ actions “unbelievable.” Senator Tom Cotton (R-Ark.) was more direct in his opinion saying it was “bullshit.”

Earlier in the day, Senator Chuck Schumer (D-NY), Senate Minority Leader, expressed his belief an agreement would be reached.

The failure of the Senate highlights the toxic environment in Congress where a bill that was once expected to move quickly has stalled due to partisan politics. Meanwhile, the nation suffers.