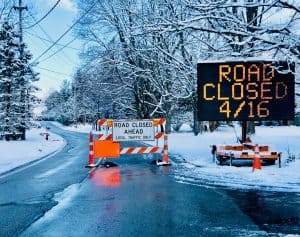 Cryptocurrency firm Purse.io, which allowed users to purchase items via Amazon at reduced or special rates using Bitcoin (BTC) and Bitcoin Cash (BCH), is reportedly planning to close down its operations.

The San Francisco-based company confirmed on April 16, 2020 that it will shut down operations on June 26 of this year.

Until then, the company said it would be offering support for its existing orders and pending withdrawals.

Eduardo Gomez, support manager at Purse, said that the uncertainty of the crypto and the larger financial markets made it quite challenging for the company to maintain its operations.

Established in 2014, Purse has received investments from the Digital Currency Group and Roger Ver, an early crypto adopter who had made strategic investments in several crypto-related projects. Ver had referred to Purse as Bitcoin’s “killer app.”

At present, it remains unclear what the team members of Purse are planning to do, as some have said they are simply taking time off or even retiring. However, no concrete future plans have been announced yet.

“We’ve made the very difficult decision to dissolve the company. We’re grateful for the opportunity afforded by our supporters to build products and services for the cryptocurrency community.”

“It’s been a privilege serving people all around the world. We’re thankful for our customers who used http://purse.io increasing bitcoin’s utility and distribution. We’re also thankful to all the developers and companies who continue to support open source projects including Bcoin and Handshake. Thank you for helping us make crypto useful.”