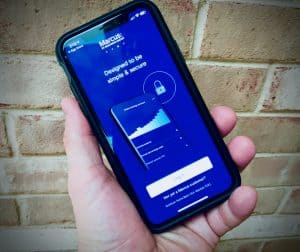 San Francisco-based AppsFlyer, a software-as-a-service (SaaS) mobile marketing analytics and attribution platform, reports a 22% increase in in-app purchases during the past two weeks. This, as US residents have begun to rely even more on their mobile devices while being stuck at home due to the global Coronavirus (COVID-19) pandemic.

The US has managed to outpace the 7% worldwide growth in in-app purchases since the end of March 2020.

The report, which was shared with Mobile Marketer, notes that the use of online streaming apps increased revenue by 10% (globally). Meanwhile, food delivery apps saw a 23% increase in usage, as people staying at home were ordering meals instead of going out to restaurants.

Digital banking apps managed to increase revenues by 17%. Virtual banking apps in the US  experienced a 60% increase in downloads and installations as consumers weren’t able to visit brick-and-mortar locations due to lockdowns.

Nearly three quarters (73%) of US-based app verticals reported a growth in revenue, which is significantly greater than the 64% increase worldwide, according to AppsFlyer.

The steady growth in the use of digital banking has come after a similar surge in the use of Fintech apps, which is notably among the fastest-growing app categories in the United States.

AppsFlyer previously reported that China’s peak app usage came in January and February of this year, before falling slightly.

Google Pay was reportedly the most downloaded Fintech app (globally) during the month of February 2020 with 15.6 million downloads. It was followed by Indian digital payments firm PhonePe’s app which was downloaded 6 million times.

For Google Pay, this is notably more than a 2X growth in total downloads when compared to February 2019. The widely-used payments app got 83.6% of its downloads from consumers based in India. Around 5.7% of Google Play downloads were from Russia.