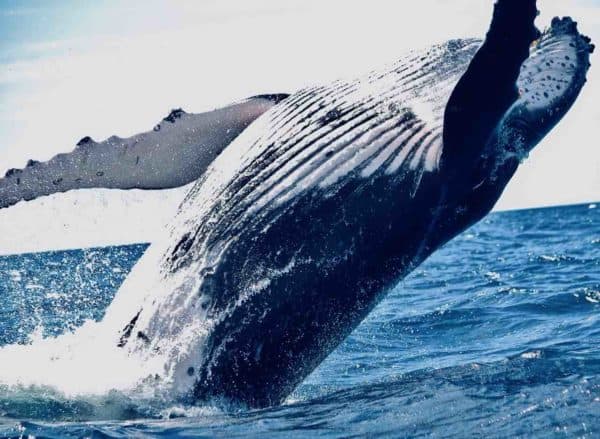 A recent analysis of the top 10,000 Ethereum (ETH) wallet addresses suggests that the world’s second-largest digital asset (by market cap and overall adoption) could potentially see its value increase significantly in the foreseeable future. This, as the blockchain network prepares to transition from proof-of-work (PoW)-based consensus to a proof-of-stake (PoS) consensus mechanism.

But the analysis also reveals that there are several questionable practices that are being carried out by a few leading crypto asset exchanges and certain Ether (ETH) “whale” accounts (addresses that hold very large amounts of the digital currency).

Adam Cochran, the report’s author, points out that when Circle Internet Financial acquired Poloniex in February 2018, it had transferred virtual assets into high-security cold storage wallets and maintained strong or adequate reserves.

But when Poloniex was purchased (reportedly for $400 million) by a select group of crypto industry participants, which included Tron founder Justin Sun, it was speculated that a considerable amount of assets were removed from the cold wallets, and they became fractional reserves.

The cold or offline cryptocurrency wallets seem to have only transferred funds to digital currency exchanges that list Tron (TRX), which is a top 20 digital asset by market cap. According to the report, this activity led to a considerable 50% increase in the TRX price and also a significant increase in the number of people buying the digital token.

Although this might be due to Poloniex engaging in cross-market trading on various other crypto asset exchanges, Cochran argues that exchange’s acquisition (in part) by Sun may have been part of a plan to pump the price of TRX.

Cochran goes on to reveal various tactics used by a dozen crypto whale accounts, which appear to manipulate the fragile digital asset market. He claims that this may be done in coordination with virtual currency exchange Bitfinex and may also involve BitMEX, a leading cryptocurrency derivatives trading platform.

The report’s author notes that short positions on ETH seem to increase, beginning on the Bitfinex platform. After this, he says they move to BitMEX and other crypto trading platforms.

He reveals that this is followed by large amounts of Ether moving onto other digital asset exchanges. Usually, Ether is transferred in relatively small batches, presumably in an attempt to prevent or avoid detection by “WhaleAlerts” systems.

Whenever the cryptocurrency market crashes, the whales are able to make quick profits on their short positions, and then acquire ETH again at significantly lower prices. It appears that this same manipulation strategy might also be employed for other major cryptocurrencies.

Cochran claims that Bitfinex’s cold storage wallets manage to get in on these manipulative practices and actions as much as 40% of the time.

Bitfinex might also (allegedly) be using customer funds to cast votes for the transition to programmatic proof-of-work (ProgPoW), a different type of mining algorithm proposed for the Ethereum network.

Prior to casting and tallying the votes, Bitfinex reportedly transferred 1.17 million ETH between offline and hot wallets (those connected to the internet), in order to support ProgPoW.

There was just around 3 million Ether that was involved in voting for the new mining protocol. This suggests that Bitfinex accounted for more than 40% of all votes, the report’s author claims.

Cochran alleges that this indicates that the Ethereum and larger crypto community may not have been supporting the transition to ProgPoW, which has allegedly been promoted by large, influential, and self-interested blockchain industry participants.

Cochran also analyzed the number of large (whale) Ether transfers, and compared them to tweet volume and overall sentiment on Twitter related to Ether. He found that while the majority of whales transferred funds to digital currency exchanges after a “spike” on Twitter (which include anti-Ether narratives), a select few large wallets actually made transfers well before the spikes took place.

Certain whales preempted the anti-Ether sentiment peaks on the microblogging platform 86.7% of the time, Cochran reveals. He added that San Francisco-based Coinbase usually obfuscates (hides and mixes) crypto transactions to and from its trading platform.

The exchange reportedly does this by mixing transfers with several changing cold and hot wallets in a manner that other exchanges might not. This could help maintain financial privacy and prevent manipulative trading (but not always).