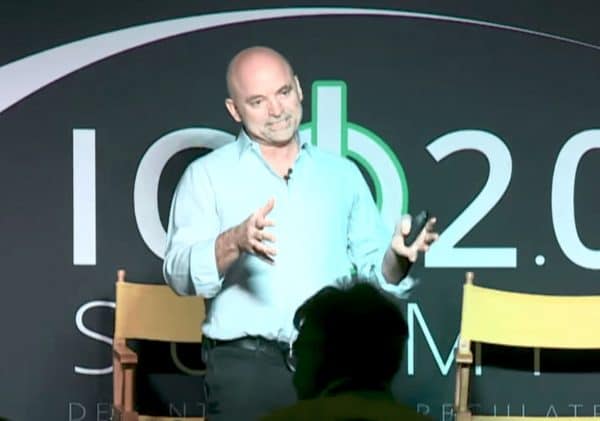 Lou Kerner, an advisory board member at Blockchain Coinvestors, a distributed ledger technology (DLT)-focused venture capital fund of funds that makes strategic investments in various digital asset projects, has argued that stablecoins will reach a $1 trillion+ market capitalization in the next five years.

Stablecoins are digital assets that are usually pegged 1-to-1 with real world assets or major currencies like the US dollar or the British pound (GBP). The market cap of all stablecoins in circulation recently surpassed the $10 billion mark, with Tether’s USDT accounting for most of the value held in stablecoins.

“Stablecoins, today, are largely just digitizing dollars. Similar to how Craig’s List started digitizing classified ads 25 years ago. It turns out, things have more utility when they’re digitized. And the digitization of dollars represents a massive opportunity because it’s a huge and growing market with modest digitization to date.”

He explains that M1 is a basic view of US dollars, which includes physical paper notes, demand deposits, travelers’ checks, other checkable deposits, and negotiable order of withdrawal accounts.

Kerner points out that M1 has now passed the $5 trillion mark, which is notably a 3x increase in the past decade. This represents a compounded annual growth rate (CAGR) of 11%.

Notably, M1 surged by 25% (appr. $1 trillion) in just the past four months due to massive money printing as a way to cope with the COVID-19 outbreak and economic challenges. As noted by Kerner, it actually took 216 years to reach the first $1 trillion.

He goes on to explain that M2 represents a broader view of the United States dollar, which includes all of M1, and “near money” (which are savings deposits), money market securities, mutual funds, and other types of deposits.

Kerner notes that these asset types are not as liquid as M1, however, they may be easily converted into cash most of the time. The M2 supply in circulation stands at around $17.8 trillion.

“If [M2 continues to grow at this rate, then] it will reach $25.6 trillion in 2025. So, in 2025, $1 trillion will represent less than 4% of all dollars or near dollars that could be used to drive the creation of fully backed stablecoins. Craig’s List took more than 4% of classified ads in its first five years.”

He claims that this suggests that $1+ trillion is a “reasonable” prediction for the global stablecoin market cap in 2025.

As noted by Kerner, another potential reason stablecoins could have a much larger market cap is that there’s around $22.3 billion in M2 coming just from China, Japan, and the Eurozone.

He goes on to claim that algorithmically driven stablecoins don’t have to “backed” by anything.

He reveals that there are several algorithmically driven stablecoins being developed. For instance, Basis secured $133 million back in April 2018 to create an algorithmically-based stablecoin, however, it shut down due to regulatory challenges and also returned the unspent capital to investors.

“As the regulatory issues get worked out, we expect to see algorithmically driven stablecoins become meaningful players. Some may be partially backed, some may have no backing at all. In either case, algorithmically backed stablecoins again decrease the % of M2 that will need to be locked to get to $1 trillion in stablecoin market cap.”

Kerner notes that China has been testing its central bank digital currency (CBDC). A survey by the Bank for International Settlements revealed, in January 2020, that more than 80 countries are exploring or considering issuing their own CBDC, even though many of these virtual currencies won’t actually use a blockchain, a new report reveals.

Kerner says he expects significant improvements in the on-ramps and off-ramps for crypto assets. He predicts that the Facebook-led Libra stablecoin initiative will “likely emerge as a major player in the space.”

Trading has been the main reason for the rise in the market cap of stablecoins, but Kerner thinks that “the future growth of stablecoins will be driven by the fact that they offer a … better experience for moving dollars vs. bank transfer today.”

He claims that “most stablecoin transfers cost less than one dollar” and that transactions with these assets can be settled “in minutes” instead of taking days for corresponding banking systems.