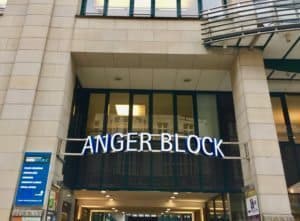 The German government has terminated a relationship with the Financial Reporting Enforcement Panel or “Deutsche Prüfstelle für Rechnungslegung” (DPR) in the wake of the fallout of the Wirecard (WDI:DE) scandal, according to a report in the Suddeutsche Zeitung.

The DPR is an entity that has been examining financial reporting of publicly listed companies since 2005 but apparently the agency failed in its responsibilities.  The DRP is described as a quasi-government entity that investigates possible accounting issues on behalf of public authorities. The DPR reportedly audited Wirecard at the behest of BaFin in 2019 – an audit that now appears to have fallen short.

Wirecard filed for bankruptcy following an audit by EY that uncovered €1.9 billion missing from the Fintech. Soon after the announcement the CEO was terminated and arrested. The COO was also terminated and is apparently on the lam in Asia. Massive fraud is anticipated with some wondering about possible money laundering.

In a statement issued by Wirecard yesterday, the company claimed it would continue to operate and some of its subsidiaries will not be part of the insolvency proceedings – like the Wirecard Bank.

Investors in Wirecard have shown their lack of confidence in the firm’s ability to resurrect itself by driving shares from over €100 to just over €1 in a matter of days.

Meanwhile, in a separate report in the Frankfurter Allgemeine, an attorney is said to be preparing lawsuits on behalf of unnamed impacted investors.

One big investor that is earning some scrutiny is Softbank, who was expected to join the Wirecard supervisory board later this month.

Michael Leipold told Frankfurter Allgemeine, “we are currently examining how we can hold BaFin liable.” Leipold is said to represent some big international investors.

Additionally, other attornies are expected to be filing a class-action lawsuit against the German government due to the “blatant failure” of regulatory authorities.

The fact there were so many warning signs, like the investigative report by the FT, and that regulators were apparently lax in their diligence has caused consternation at the highest levels of the German government as well as the European Commission.

In an editorial in the Frankfurter Allgemeine, the editor quoted former Wirecard CEO Markus Braun who wrote on Twitter in May claiming “if all the noise and dust has subsided, Wirecard will be a company that generates one billion euros in Ebitda this year and is one of the fastest-growing in the industry.” That claim appears to be based on fantasy and hubris today as many people believe Wirecard will soon cease to exist.