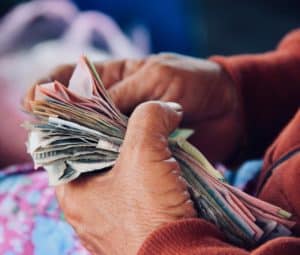 Founded in 2014, Thought Machine is the creator of “Vault” a cloud-native alternative to the legacy banking platforms that plague the industry. Vault can implement the full range of banking products, according to the company.

“Our mission is to cure one of the banking industry’s primary problems: its reliance on outdated IT infrastructure. Nearly every bank is stuck on a legacy IT platform, which cripples their ability to innovate and give their customers the type of service they deserve. Our solution to this is Vault: a complete retail banking platform that is capable of being configured easily to suit the needs of any bank. We have built Vault from the ground up as a cloud native, microservice API architecture platform. Thought Machine has a deep culture of engineering excellence, and we believe it is this which delivers a solution compelling enough to engender a seismic shift in the banking industry.”

“At Thought Machine, the benefits of being cloud agnostic are crystal clear. Banks, fintechs and financial institutions have differing needs, and different relationships with the cloud. We don’t want to influence those choices, or those relationships, and are proud to announce we can deliver Vault wherever, and whenever, a business needs.”

“By delivering Vault as a Software-as-a-service product, banks no longer need to concern themselves with the implementation, regulatory and logistical obligations of bringing software in-house. Vault SaaS is now available with the same high level of security and resilience as our deployed version, without the infrastructural management overheads.”