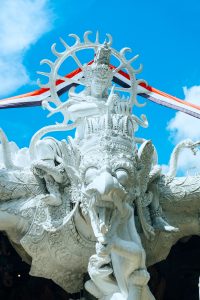 Fintech firm Akulaku confirmed recently that it’s planning to offer digital banking services in Southeast Asia. The company was launched around four years ago and is now focused on expanding its operation into the digital banking sector.

As reported in November 2018, Akulaku, a leading consumer financing firm from China, finalized a $70 million Series C funding round.

Akulaku has been serving as an online consumer financing platform focusing on the Indonesian and Southeast Asian markets. It’s one of the first Chinese financial technology companies to tap the Southeast Asia market.

The platform is a product of Yanxin Technology (Shenzhen) Co., Ltd.

Established by company CEO William Li in 2016, Akulaku’s head offices are based in Indonesia. The firm also offers services in the Philippines, Vietnam, and Malaysia. Its main services include wealth management, online lending, and digital banking. The company claims more than 6 million users and handles around $1.5 billion in yearly transactions.

Akulaku’s digital services aim to fill a critical gap in Southeast Asia where many consumers may be underbanked or unbanked. Li told KrAsia that his company plans to offer affordable and comprehensive financial services to Indonesian consumers.

Approximately two-thirds or 66% of Indonesian residents are unbanked. Most of the people living in Southeast Asia also don’t have an established credit history.

Li noted that most of the people living in this region usually borrow money from friends and family members. He added that his company will have to think of an effective way to evaluate a potential customers’ credit-worthiness before approving their loan applications.

Last year, Akulaku acquired BYB, an Indonesia-based commercial bank. The company claims that the number of BYB credit user accounts has increased from 30,000 to 300,000 within a year.

Li confirmed that his company aims to transform BYB into an all-digital banking platform. He said that the first version of the digital banking app should be launched during Q4 2020.

In March 2019, Akulaku’s management first announced that it would be acquiring Indonesian lending bank Yudha Bhakti for around $11 million.

The two organizations had noted that they  developed BYB’s Hands-on Application by Yudha Bhakti (HAY). The application consists of mobile banking solutions for online savings and credit services for active workers.