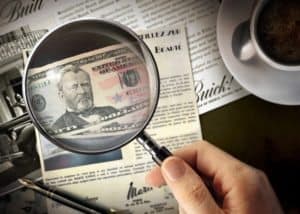 Bluzelle, a “decentralized” data network, has reportedly found an “important” bug in Tendermint, the consensus mechanism for the Cosmos ecosystem, which aims to facilitate blockchain interoperability (communication between independent or separate blockchain networks).

“The bug was discovered during Bluzelle’s validators competition which utilized Cosmos and Tendermint. The three-week event, which took place in June, attracted 220 participants and prompted the discovery of the error in the Tendermint consensus algorithm.”

The Bluzelle team claims that the bug they found helped with preventing the Tendermint consensus process from “proceeding, causing validators to freeze.” They revealed that even after they restarted the blockchain network, and assigned a new genesis (new computing state) for the validators, the problem still did not go away. This caused the chain to come to a halt.

Bluzelle says it was “compelled” to file a detailed bug report because of the severity of the issue.

A fix for this critical bug has reportedly been created and also implemented by the Tendermint team (on July 2, 2020). A cybersecurity “vulnerability entry” has been filed by Tendermint, with the CVE (Common Vulnerabilities and Exposures) international database.

Bluzelle had been sharing detailed forensic logs with Tendermint, which helped identify the potential cause of the bug or error. The Tendermint team used the reports to reproduce the error and identified the issue before writing a patch or fix.

“Although our team’s uncovering of the bug threatened to derail our entire validator competition, it proved to be a valuable exercise for everyone involved. A competition intended to incentivize validators to stake and participate in consensus suddenly became an impromptu bug bounty, with heads coming together to diagnose and resolve the problem.”

“We really strained our blockchain with many tests and a high validator count….The Interchain team, in charge of Cosmos and Tendermint, were very proactive and friendly.”

There were reportedly 128 validators that participated in Bluzelle’s competition. They were able to maintain “a perfect power uptime” meanwhile 193 participants managed to exceed 50%.

32 validators managed to achieve 100% voting participation “with no missed blocks.”

Bluzelle has “ring-fenced” more than 1.4 million BLZ tokens as a reward for those who took part in the competition. Bluzelle is based on a Byzantine fault-tolerant set of blockchains or distributed ledger tech (DLT) that has been created to handle various database operations,

The Bluzelle team claims they’ve developed a “decentralized” database for Web 3.0, an evolving set of standards for the new Internet.

Bluzelle notes that its data delivery network aims to protect businesses from data or security breaches, potential network failures and performance issues. Bluzelle refers to itself as the “Airbnb of databases,” with developers required to pay for storage space and read/write to the “decentralized” database.