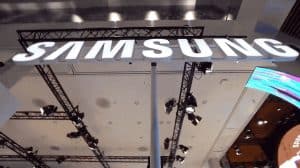 The Stellar Development Foundation (SDF), a non-profit entity established in 2014 to support the development and growth of the open-source Stellar (XLM) protocol, recently announced that Samsung added support for the XLM digital currency to its Samsung Blockchain Keystore.

“To make storage of Stellar lumens and other Stellar-based assets safer, SatoshiPay will utilize the Samsung Blockchain Keystore in its Solar wallet and its upcoming SatoshiPay B2B mobile app.”

According to the release, Samsung observed that many of its customers were using blockchain-enabled apps, so the electronics giant decided to “leverage its hardware advantage to launch a first instalment of their blockchain strategy.”

Last year, the electronics firm introduced the Samsung Blockchain Keystore, which is a hardware-protected storage facility for private keys associated with crypto-assets.

Samsung’s keystore has been “physically isolated” from the shared data storage available on smartphones and other mobile devices using the Samsung Knox TrustZone hardware facility.

Samsung has certified the apps that have access to the keystore. Users are able to link the app to the keystore initially, by using a password or some form of biometric authentication like their fingerprints.

“The keystore is available on selected recent Samsung Galaxy devices, like S10, S20 or Note10, and in selected regions…. App developers can integrate the keystore by using the official Samsung Blockchain Keystore SDK.”

(For more details about the keystore and related information, check here.)

As mentioned in the release, the SatoshiPay B2B cross-border money transfer service may be accessed via a standard web interface. It will also be accessible as a stand-alone application in the future. This cross-platform software will reportedly use a similar approach to Solar (Stellar wallet software) for users that want to be “sole custodians” of their own private keys.