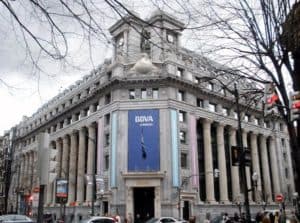 BBVA Research and Patent’s team recently released the results of an initiative that aimed to identify various use cases where quantum computing technology could offer a meaningful advantage over existing computing techniques.

BBVA started its quantum computing projects around two years ago. The financial services giant has managed to bring together a team of professionals who are focused on quantum development. The BBVA has established relevant business units that also focus on quantum computing, along with strategic alliances, and has planned various other research projects.

The initiative is currently in its initial or exploratory stage, however, the results reported so far seem to suggest that there’s an advantage in using quantum technology, because it can solve complex problems in the traditional financial sector. This, according to Carlos Kuchkovky, the global head of research and patents at BBVA.

“Although this technology is still in an early stage of development, its potential to impact the sector is already a reality. Our research is helping us identify the areas where quantum computing could represent a greater competitive advantage, once the tools have sufficiently matured. We believe this will be, for certain concrete tasks, in the next two to five years.”