HM Government of Gibraltar’s Gibraltar Finance announced on Tuesday it has been accepted as a member of the International Association of Trusted Blockchain Applications (INATBA). According to Gibraltar Finance, the INTABA provides developers and users of Distributed Ledger Technology (DLT) with a global forum where they can interact with regulators and policymakers to expedite the development of blockchain technology. 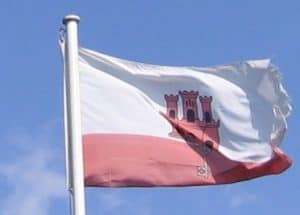 “In a bid to support European decision makers in their efforts to bring blockchain technology to the mainstream, INATBA actively helps to inform high level regulatory debate. The association broadly advocates for the seamless collaboration between national, regional, and global players in a bid to advance the policy initiatives that are informed by industry.”

Speaking about the membership, the Hon Albert Isola MP, Minister for Digital and Financial Services, shared:

“Gibraltar Finance is delighted to be welcomed as a member of such a renowned and prestigious association such as INATBA. In Gibraltar, we are committed to maintaining our status as a leading hub for blockchain innovation in the global sphere. Through collaboration and knowledge sharing, we believe that we can work with other INATBA members to create the best possible environment for users of DLT to grow and thrive.”

Gibraltar is a self-governing and self-financing democracy that has established itself globally as a reliable center for the blockchain and digital assets industry. In January 2018, Gibraltar claims it became the very first jurisdiction globally to introduce legislation around Distributed-Ledger-Technology (DLT) and has since asserted its position as a leading blockchain and cryptocurrency hub.