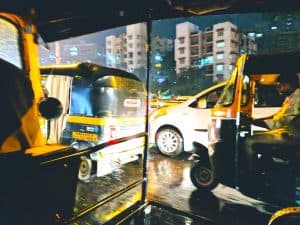 RevFin, a digital lending Fintech startup, has teamed up with EVI Technologies in order to finance E-Rickshaw and E-Two wheelers in India.

The funding will also go toward supporting swappable battery solutions offered by EVI Technologies. The initiative will mainly cover Indian states like Delhi-NCR, UP, Chhattisgarh, Haryana, according to an update shared with Crowdfund Insider.

As noted by RevFin:

“[We are offering assistance to EVI’s] e-rickshaw customers by providing a loan of Rs 2100/- (appr. $28) at 0% to support them during the global (COVID-19) crisis. … customers can repay the loan in up to 8 installments. Also, the company will allow EMI repayment moratorium up to 3 months to its customers who have [previously] taken [out] loans for e-rickshaw,amidst the lockdown.”

Electric rickshaws, also called electric “tuk-tuks,” have become increasingly popular in many Indian cities, especially since 2008. They’re now considered an alternative to auto-rickshaws and pulled rickshaws because they do not require as much fuel to operate – which can be good for the environment.

RevFin notes that its advanced digital or online lending platform makes obtaining loans convenient and more accessible for its clients. Led by company founder and CEO Sameer Aggarwal, RevFin reportedly has its own lending company (NBFC) through which it provides loans to its customers.

The company offers a revolving credit limit, which means that customers can take out and repay loans at “any time” that’s convenient for them. RevFin claims that with this option, customers will “never need to apply for a small loan again.”

The online lending company also offers a reward scheme where customers can earn points (Revs) for repaying loans on their due dates.

As reported, there were 263 financial tech deals that were finalized in India during the past 18 months.

Digital or online lending has attracted substantial investments and payments have, for the most part, shifted their business strategy to provide more lending services during the COVID-19 pandemic, a new report claims.