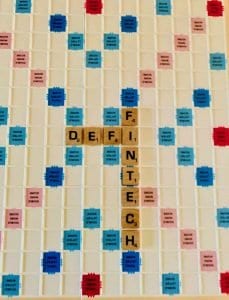 The Aave protocol, an open-source and non-custodial DeFi protocol to earn interest on digital asset deposits while also being able to borrow assets, now has a market cap of more than $1 billion (at the time of writing).

In February 2020, the entire decentralized finance (DeFi) market (as tracked by DeFi Pulse) was valued at only $1 billion. Now, there’s more than $5.8 billion in value locked into the DeFi ecosystem.

On August 14, 2020, the developers of the Aave introduced version 2.0 of the leading DeFi protocol.

“Aave started as the underdog of DeFi, and grew to be a 1 billion market size with innovations such as flash loans, stable rates, the aTokens ever-growing balance model, and recently Credit Delegation… amongst others.

“Aave V2 will be ready to onboard a new set of users and empower the existing ones by bringing an exciting set of new features and improvements.”

The developers noted that V2 comes with several new features such as the repay with colletral option. As explained the Aave team, this new function allows users (called Aavengers) to “deleverage or close their positions by paying directly with collateral” via a single transaction.

Other new features include debt tokenization and native credit delegation. With this option, debt positions of users will be tokenized. As noted by Aave’s developers, the credit delegation functionalities, which have been seen with Deversifi, will be available. The updates will also support features such as native position management from cold or offline cryptocurrency wallets and “user specific farming strategies.”

There’s also an improved stable borrow rate, which means borrowers can “lockdown their borrow interest rate to a certain time period ensuring predictability of their costs of finance.”

Other new features include updated private markets. The developers noted:

“The Aave protocol will enable the governance to support permissioned markets for tokenized assets. A collaboration between @RealTPlatform and the Aave Protocol is in the works to push DeFi even further and bring mortgages on Ethereum. Expect more on this soon.”

(Note: For more details about other updates made to Aave, check here,)