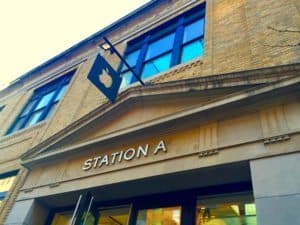 Brian Armstrong, CEO at San Francisco-based Coinbase, a leading digital asset exchange, claims that Apple (NASDAQ: AAPL) has been “very restrictive and hostile” to cryptocurrency during the past few years.

Armstrong says that Apple is “still blocking some functionality right now, including the ability to earn money with cryptocurrency by completing tasks, and unrestricted (decentralized application) dApp browsers.”

In response to Armstrong’s comments, many people noted via Twitter that cryptocurrencies are still considered a scam by the majority of consumers who may have not explored them carefully.

One of the commentators said:

It’s worth noting that there are many bad actors in the crypto and blockchain space that have made it quite challenging for legitimate businesses to establish their operations. Most people who don’t know much about crypto-assets may only be aware of the bad things that go on in the industry – which remains loosely regulated or not regulated at all in many jurisdictions.

As reported recently, the founders and promoters of Paragon Coin were required to return all funds raised via their controversial initial coin offering (ICO) to impacted investors while paying a fine for their transgressions. Paragon had issued the PRG token raising around $12 million, according to some reports, to create a Cannabis payment platform and real estate investment firm.

But now a class action lawsuit is moving forward against the founders. It alleges that “Defendants violated U.S. securities laws by unlawfully offering the sale of unregistered PRG securities, by misrepresenting the true nature of [the project.]”

A $5.7 billion+ cryptocurrency related scam, called Plus Token, had also targeted millions of investors. Police officials in China recently arrested many of the criminals allegedly involved in the fraudulent crypto Ponzi scheme.

Both companies were established by Ruja Ignatova and Sebastian Greenwood. OneCoin is described as a Ponzi scheme because of its organizational structure and the previous involvement of its promoters in similar fraudulent schemes. The Times said it’s “one of the biggest scams in history.”