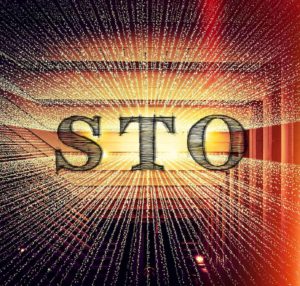 Jonah Schulman, head of marketing at Security Token Market, notes that every month, he helps the research team with putting together the security token trading and data analysis report. As covered, security token trading volume reached almost $22 million in August, which is significantly more than $194,000 for the entire month of January 2020.

As confirmed by Schulman, there were only 9 live-trading security tokens being tracked on stomarket.com in January 2020 — five on OpenFinance, three on Uniswap (a leading Ethereum token exchange), and one on tZERO, which was recently approved by FINRA to offer retail brokerage services.

Going on to explain why the security token market appears to be doing well, Schulman writes:

“In the past 8 months, since our January 2020 Market Report, we have added 12 new live-trading security tokens to our platform, which has partly contributed to the uptick in US dollar trading volume. However, … [the real difference might have come] when Overstock ‘airdropped’ their series A-1 digital preferred stock ($OSTKO) as a tokenized dividend to common stockholders of $OSTK.”

“The real kicker was that in order to access their dividend and trade it, the shareholders had to open up an account on Dinosaur (a broker-dealer that trades on the tZERO ATS). The team airdropped approximately $4.1 million shares, which brought in a significant number of users to the tZERO platform.”

Schulman points out that, before $OSTKO was offered, the January-April 2020 security token trading volume was just over $2 million. But after $OSTKO was available, the May-August trading volume surged to over $33 million.

The AspenCoin offering (STO), which is a security token backed by the St.Regis Aspen Resort, has now started live-trading on the tZERO marketplace, Schulman revealed.  He noted that the St. Regis Aspen Resort is a 5-star luxury hotel based in the resort city of Aspen, Colorado.

He claims that this is a marquee resort and is ranked as a top 3 hotel in Aspen, which sees around 7 million visitors each year.

STG noted that last month’s volume comes close to an average of $1 million in trading per day. They pointed out that in January 2020, there was a total of $194,000 in security token trading for the whole month, meaning the market has grown an impressive 11,235% since the beginning of this year.