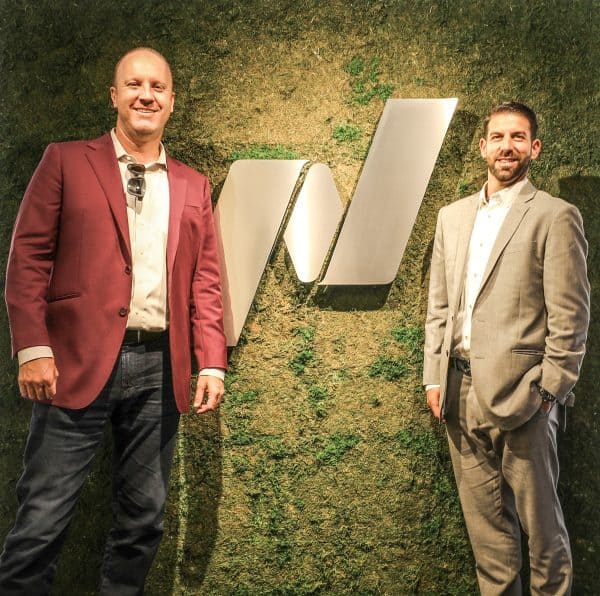 Reg A+ is a JOBS Act exemption that launched with great hope but in some respects, soon fizzled.  The Securities and Exchange Commission (SEC) followed the guidance of Congress and took a moribund securities exemption, that no one used anywhere, and turned it into a rule with unique characteristics.

Labeled a “mini-IPO” exemption due to its scaled disclosure requirements, Reg A+ enabled issuers to raise up to $50 million from both accredited and non-accredited investors and then soon trade on an exchange or marketplace. 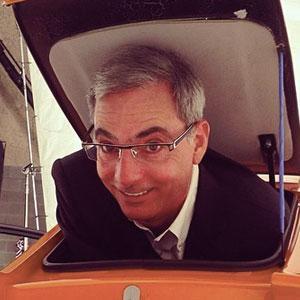 One of the first issuers to leverage the new rules was Elio Motors – a car concept that was supposed to be affordable to buy as well as to operate. Elio raised around $17 million using Reg A+ and soon saw its shares trade on OTC Markets. If you were an investor in the Reg A+ offering and sold your shares soon after the public listing you may have done well. If you were an investor in the offering and still hold the shares today you have seen most of your money evaporate into nearly nothing. Elio was not alone in the hype cycle as other issuers went down a similar path – never living up to investor expectations.

While certain real estate offerings have effectively utilized Reg A+, the outcome of early-stage offerings remains spotty. That being said, in recent months the overall quality of Reg A+ issuers has improved – perhaps learning from the experience of the trailblazers.

One individual that was in the thick of it all from the very beginning is Darren Marble – founder of CrowdfundX, a marketing firm focused solely on Reg A+ offerings. CrowdfundX was eventually rolled up into another firm but recently Marble has taken his experience and is preparing to launch an entirely new concept called “Going Public.”

Once again, Marble is looking to facilitate Reg A+ issuers but he is packaging the procedure with a more traditional underwriting process while looking to collaborate with higher quality firms. Marble understands that the capital formation process must work for the issuer as well as the investor – to be successful in the long run.

Recently, Crowdfund Insider connected with Marble to learn about Going Public and parent company Crush Capital. Our discussion is below.

You sold CrowdfundX not too long ago. Are you still involved with the company in any way?

Darren Marble: CrowdfundX was a financial marketing firm that operated almost exclusively in the Reg A+ industry beginning in mid-2015 when the securities exemption first went into effect. I co-founded Issuance, a Fintech company with a SaaS offering subscription platform for Reg A+ issuers, in 2018. Issuance acquired the assets of CrowdfundX in early 2019, and we absorbed the CrowdfundX brand at that time. I remain the CEO at Issuance.

You were an early advocate of Reg A+ and worked with some early issuers. Beyond real estate issuers, many issuers have been criticized for inflated valuations and poor terms for mainly retail investors. What are your thoughts on this?

Darren Marble: Reg A+ deals have historically lacked institutional pricing, and this is undoubtedly one of the key issues that need to be solved in order for the industry to grow. If issuers are successful in raising capital using Reg A+ but investors keep losing money, either because the stock price falls post listing or the company ultimately fails, the industry itself will fail.

This is precisely why we have partnered with ROTH Capital Partners, a full-service institutional investment bank, in the “Going Public” series. More on this below.

Reg A+ has been touted as a path for a public listing, either on an ATS or exchange but too many stumbled in the process. Elio Motors is a bit of a poster child for this as it had too much hype and not enough traction. Has the market been unfairly tainted? Or did they earn the scorn?

Darren Marble: Elio Motors was the first company to launch a Reg A+ offering and also the first to list their shares over the counter (OTC: ELIO). CrowdfundX was the agency of record that ran its Reg A+ marketing campaign which raised $17 million from 6,300 investors.

Shares in Elio’s Reg A+ were offered at $12. Even though the stock traded as high as $40 and shares were hovering at $20 for several months post listing, Elio’s shares today are trading at just $0.45.

An outsider looking at this deal (or others like it) might be quick to write off Reg A+ as a failure. But as a serial entrepreneur who has been an active industry participant since day one, I see an opportunity for improvement.

If you break it down, there are four key challenges in the Reg A+ industry today: lack of quality issuers (too many early-stage deals), lack of institutional pricing, lack of institutional participation, and lack of consistent retail distribution. The good news is, each one of these problems is solvable, and we believe we have solved all of them in the “Going Public” series.

Why would an issuer choose Reg A+ over Reg D? What are the benefits for an issuer beyond retail investors? Do good companies need lots of investors? What about the cost to complete a Reg A+ (legal, accounting, marketing)? Isn’t this too much?

Darren Marble: Reg A+ has several benefits over traditional Reg D private placements. Issuers can turn their customers into investors, thereby creating the most powerful army of brand ambassadors they could ever have. Issuers can acquire new customers while marketing their Reg A+ investment–Elio generated $8 million in reservation income on top of the $17 million they raised, for example.

And with new technology from companies like Issuance, issuers can now run their entire Reg A+ financing on their own domain, allowing retail investors to buy securities online in a matter of minutes. We have had clients raise $15 million, $20 million, and even $25 million on their own websites. This is the future of capital raising.

Great companies should want their customers to become owners in their businesses. Customers who become shareholders have a higher lifetime value and are more likely to promote the brand to their friends and family.

The average cost of capital in a $10 million Reg A+ raise is about 10%, with 90% of fees paid out to service providers on the backend of the deal. The cost of capital scales down the more capital the issuer raises. This is a very reasonable cost given the benefits outlined above.

We recently discussed that Reg A+ must attract quality issuers and offer fair investment terms to be a success. Can you expand on this?

Darren Marble: Here is the bottom line: investors must win for Reg A+ to succeed.

This generally means we need higher quality issuers to do Reg A+ financings and offer reasonable terms to investors. When investors double their money in a Reg A+ investment, or Reg A+ companies start being acquired, the industry will go mainstream. 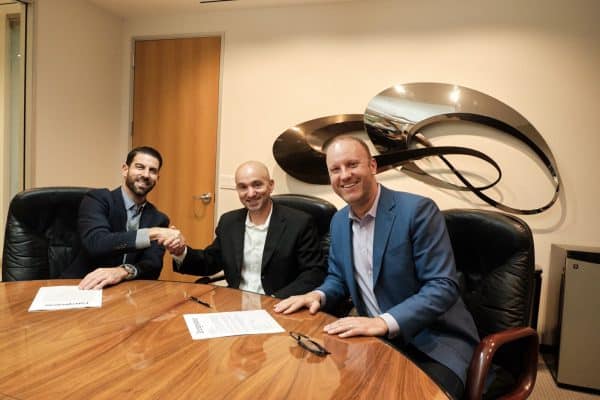 Your new company is attempting to fix what has been broken in Reg A+. How will this work? These issuers will be fully underwritten – correct?

Darren Marble:  I co-founded Crush Capital with my business partner Todd Goldberg; we are co-CEOs. Our mission is to democratize the IPO and give regular Americans the ability to become owners in businesses whose products and services they use in their everyday lives. We also believe that the future of capital markets will be content-driven.

Crush Capital is the creator and owner of “Going Public” a groundbreaking original series that follows the stories of five founders as they raise capital and take their companies public to NASDAQ. For the first time ever, viewers of the series can invest in the IPOs while they watch. Season 1 will be streamed online on Entrepreneur.com mid next year.

All IPOs are Reg A+ IPOs and will be firm commitment underwritten by ROTH Capital, an industry first. Each IPO will include a mix of institutional and retail capital, with all investors buying at the same terms.

We have signed distribution for Season 1 with Entrepreneur.com, which has 15 million monthly unique viewers, and are forecasting 2 million unique viewers per episode. Season 1 is ten episodes, with episodes released weekly. The IPOs will be filmed in real-time at NASDAQ MarketSite in Times Square New York.

Our distribution deal with Entrepreneur brings the largest online ever to the Reg A+ industry and solves for consistent retail distribution. The series itself solves for deal quality, as we are attracting companies with tens of millions in revenue and hundreds of thousands of customers.

How are you sourcing quality deals? And what is your deal flow like?

Darren Marble: Casting for Season 1 is currently open. We are actively reviewing applications from our casting site, goingpublic.com, and receive deal flow from series partners including ROTH Capital, Issuance, CrowdCheck, Hybrid Financial, Dalmore Group and others.

We are primarily seeking high-growth consumer products companies with $10 million or more in annual revenue, led by diverse and charismatic founders, and who have a built-in customer base. “Going Public” issuers must be seeking to raise $15-50 million and meet NASDAQ’s listing requirements for Reg A+ issuers.

Our pipeline includes a $60M growing wine subscription company, an American manufacturer of specialty high-performance sports cars that has been in business for more than 30 years, A-list celebrity deals, and others.

What about your issuers listing on a market (or exchange) post offering? Is this in the works?

Darren Marble: This is certainly a possibility for Season 1 and would be considered an exception to the rule. We might include a celebrity deal with an earlier stage company that is not ready for an IPO, but could still be a compelling investment for series viewers, for example. We would disclose that the company but has no plans to list its shares immediately, but may do so in the future. This is an option for us since Crush Capital has full creative control of the series, and we own the format outright

Obviously you remain optimistic about Reg A+ and recently we have seen more quality issuers on certain platforms. Is this just part of a learning curve? Do you believe that Reg A+ can be the future of public companies – saving the moribund IPO market?

Darren Marble: We believe that “Going Public” will transform business entertainment and capital markets, and effectively bring back the small-cap IPO in the US. Regulation A+ is a capital raising tool that makes it all possible.