Stephen McKeon and Derek Schloss from Collab+Currency (Collaborative Fund) have noted that they’ve invested in LUNA, which is a digital token that backs the Terra ecosystem of stablecoins (virtual currencies pegged 1-to-1 with real-world assets like the US dollar or commodities like gold).

McKeon and Schloss claim that their fund is “bullish” on stablecoins generally and Terra specifically. They explain that the cryptocurrency and blockchain economy is still fairly small when compared to the larger financial system. 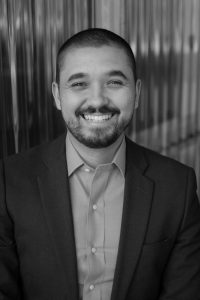 The Collab+Currency team believes that crypto can achieve mainstream adoption by focusing on solutions that offer better payment options or solutions. They pointed out:

“We hasten to note that the crypto economy is more than payments. Bitcoin allows anyone to store wealth in a portable, censorship-resistant, inflation-resistant form. That’s important and revolutionary. DeFi (decentralized finance) has spawned an ecosystem replicating financial services ranging from trading to lending to insurance, all accessible in a decentralized form that reduces rent extraction by intermediaries. That’s important and revolutionary. The list goes on: NFTs (non-fungible tokens), DAOs (distributed autonomous organizations) and decentralized file storage are all game changers.”

However, the Currency+Collab team thinks that payments are “bigger.” They argue that the payments use case “touches nearly every human nearly every day.” They explain that an important issue to consider or realize is that most products and services are priced in fiat currencies. However, traditional payment methods are now “colliding” with blockchain-based smart contracts that require “a crypto unit of account,” the Currency+Collab team noted.

They also mentioned that most consumers’ transactions are still denominated in a fiat currency, which means that a currency mismatch is created when transacting in virtual currencies such as Bitcoin (BTC) or Ethereum (ETH).

“The passage of time puts additional pressure on currency mismatches and there are myriad scenarios where there is temporal separation between the moment of contracting and the moment of value transfer. This mismatching adds uncertainty to decisions made today about prices in the future. By adding currency risk to a transaction, the certainty equivalent is reduced and acts as a friction to trade.”

They further noted that stablecoins allow users to take part in the crypto markets and economy without dealing with currency risk. They also acknowledged that most people aren’t going to hold too much capital in “idle” stablecoins, but they think they are still a “more natural fit for storing value that is expected to be spent in the near term, like the amount you keep in a checking account.”

McKeon and Schloss explained that stablecoins are like “a unit of account with which the general public is familiar… [they are] … the gateway in the transition from fiat to token-based means of exchange for the broad economy.” According to the Currency+Collab team, stablecoins represent “one of the clearest paths to onboard the masses.”

They conclude that stablecoins could lead to a “transformation of financial services.”

“[Stablecoins may lead to the] dislocation of traditional payment processing solutions like credit cards. Displacement of retail banking products like checking and savings accounts. New options for consumer borrowing and lending. Seamless foreign exchange, directly and instantly against the protocol. It’s going to be a wild ride as this transformation unfolds, buckle up.”