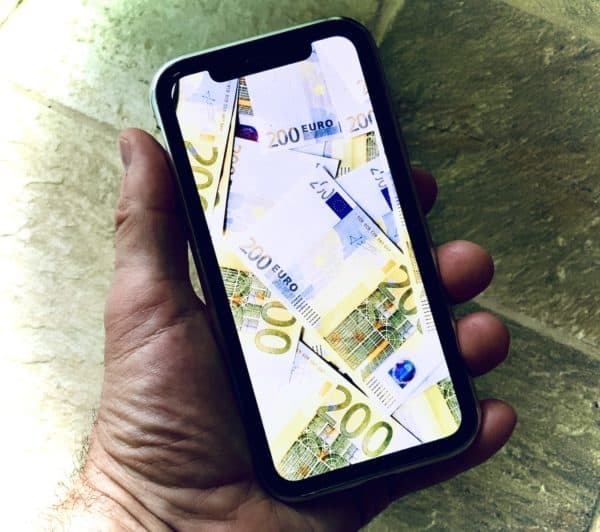 Christine Lagarde, President of the European Central Bank (ECB), says the bank must be ready to issue a digital euro, according to a statement issued today. Meanwhile, a separate report from Bloomberg claims the ECB has already applied to trademark the name “digital euro” as officials study the pros and cons of a fiat based digital currency.

A report published by the ECB pertaining to the possible issuance of a digital euro, prepared by the Eurosystem High-Level Task Force on central bank digital currency (CBDC) and approved by the Governing Council, outlines the mission of the ECB.

“A digital euro would create synergies with private payment solutions and contribute to a more innovative, competitive, and resilient European payment system. By serving as a unifying force in Europe’s digital economies, a digital euro would also be an emblem of the ongoing process of European integration.”

The report said it was too early to commit to a specific design but noted a digital euro must be accessible, robust, efficient, and private.

While no final decision has been made on whether to introduce a digital euro, experimentation will soon start “without prejudice to the final decision.”

Lagarde has frequently discussed cryptoassets as well as the possible issuance of a CBDC. It has long been known that many central banks have been holding internal discussions regarding the benefits and risks to the issuance of a cryptocurrency based on a fiat currency.

In China, officials are already testing a digital yuan live and in the wild with merchants and consumers.

The emergence of Libra, a non-sovereign digital currency pursued by Facebook, has compelled regulators and public officials to further scrutinize digital currencies that leverage blockchain technology and offer streamlined transfers of value.

In a release, the ECB said a digital euro would be an electronic form of central bank money accessible to all citizens and firms. The bank describes the digital euro as similar to a physical banknote but in digital form that would complement cash and not replace it.

“The euro belongs to Europeans and our mission is to be its guardian,” said Lagarde. “Europeans are increasingly turning to digital in the ways they spend, save and invest. Our role is to secure trust in money. This means making sure the euro is fit for the digital age. We should be prepared to issue a digital euro, should the need arise.”

The Eurosystem task force reviewing a digital euro combines 19 central banks as well as ECB officials. The Task Force is said to have “identified possible scenarios that would require the issuance of a digital euro.”

These scenarios include growing demand for electronic payments and “a significant decline in the use of cash as a means of payment in the euro area.”

Alluding to Libra and other stablecoins, private crypto typically tied to fiat currency, the ECB believes the launch of private means of payment may raise regulatory concerns and pose systemic risks for financial stability and consumer protection.

“Technology and innovation are changing the way we consume, work and relate to each other,” said Fabio Panetta, member of the ECB’s Executive Board and Chair of the task force. “A digital euro would support Europe’s drive towards continued innovation. It would also contribute to its financial sovereignty and strengthen the international role of the euro.”

The ECB assured that a digital euro would preserve the public trust and provide European citizens with a simple, universally accepted, risk-free, and trusted means of payment.

Officials said the process will engage with citizens, academia, the financial sector, and public authorities to assess their needs, as well as the benefits and challenges regarding the issuance of a digital euro.

A public consultation will be launched on 12 October 2020.