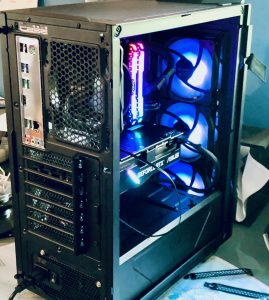 The team at Quantum Resistant Ledger (QRL), which claims to be the “first-of-its-kind,” post-quantum value store and “decentralized” communication layer that’s proactively tackling the threat from quantum computers, has confirmed that x41 D-Sec has started their audit of project enQlave, which is an Ethereum (ETH) web or online wallet that allows users to secure their ETH or any other ERC-20 compliant token balances from “quantum theft.”

As noted by the QRL team in their September 2020 monthly report, x41 D-Sec was one of the two external auditors that were tasked with auditing cryptographic portions of the QRL source code (security audit report available here).

“[x41 D-Sec’s] expertise is fitting for auditing the smart contract code for any possible issues as well. Audits, along with code review and testing coverage, will continue to play a vital role in ensuring the security fundamentals that underpin our codebase.,,,The audit has begun and is expected to be completed within the coming weeks.”

The QRL team also revealed that Insight research has joined QRL so that they can work on QRL’s Proof-of-Stake network. They’ll be conducting research into lattice cryptography and signature aggregation which are important elements that can help QRL reduce the overall block-size (of transactions). This can “allow for a higher number of validators per epoch, and improve its scalability,” the QRL team claims.

As explained in a whitepaper published in 2016 by Peter Waterland (CEO at the QRL Foundation):

“QRL is to be an open public blockchain ledger secured by a proof-of-stake algorithm. An epoch lasts for 10,000 blocks. Stake validators are determined from stake transactions in the previous epoch. The general idea is that each stake validator signs a transaction containing the final hash of an iterative chain of length 10,000 hashes (a bitmask XOR may be applied during each iteration to reduce security requirements of the hash function). With the stake transaction confirmed in the chain, every node on the network can now tie the cryptographic identity of the stake address to the hash chain for the next epoch.”

Other proof of stake or PoS related updates performed by the QRL team includes testing transactions and almost completing their peer to peer code. (Note: for more details on these updates, check here.)

QRL team members noted that there were “massive advances” in quantum computing as companies have been working hard to improve their computing algorithms..

As reported last month, China has claimed quantum supremacy with a new machine that could potentially process data a million times faster than Google’s Sycamore. However, the researchers clarified that they needed to do more work before they could officially confirm any details.

The QRL team also mentioned in their monthly report that a quantum startup’s CEO had claimed that we’re currently only about 5 years away from a quantum desktop computer. IBM has also released an updated quantum roadmap, which reveals that the tech giant is on track to have a 1,000-qubit machine by 2023.