Bitstamp, a Luxembourg based cryptocurrency exchange, announced on Thursday it has appointed Julian Sawyer as its new CEO. Sawyer will take over the position from Bitstamp’s Founder, Nejc Kodrič, who will notably remain a “integral” part of the crypto exchange and has transitioned to a non-executive role as a member of the Board of Directors. 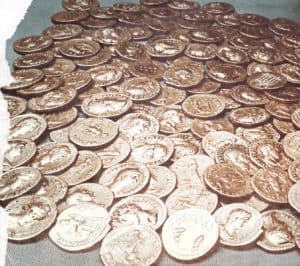 Sawyer notably joins the Bitstamp team from Gemini, where he was Managing Director For Europe. He also was the Co-Founder of Starling Bank, where he served as Chief Operating Officer until 2019. Prior to Starling, Sawyer was a consultant and advisor to various challenger banks and founded Bluerock Consulting, which was a financial managing consulting firm.

Along with serving as Bitstamp CEO, Sawyer will be an advisor to the board of Australian challenger bank, Volt, and an Honorary Senior Visiting Fellow at CASS Business School’s Faculty of Management. Speaking about Sawyer’s appointment, the BitStamp team added:

“We are excited to welcome Julian at a time when Bitstamp is already growing rapidly. This year has already seen us take large strides with developments like the introduction of a new matching engine built by Nasdaq, the listing of GBP and several additional digital assets, as well as major institutionally-focused partnerships like becoming the first exchange to go live on BCB Group’s BLINC network and the launch partner for Silvergate’s SEN Bitcoin leverage product. Now we look forward to starting a new chapter with Julian and building on the strong foundations we’ve set for Bitstamp.”

Founded in 2011, Bitstamp supports the exchange of currencies, information, ideas, and trust. Over million of traders around the world reportedly use Bitstamp’s trading tools. Trading includes BTC, ETH, XRP, BCH, and LTC.