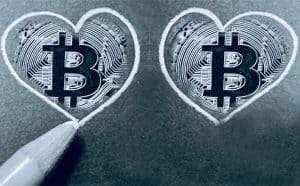 As Bitcoin (BTC) approaches the $14,000 mark, the “institutional wave” continues and the global financial markets experience uncertainty around US fiscal stimulus, according to a report from OKCoin.

The San Francisco-based crypto exchange notes that Bitcoin price has surged during the past week as “a number of fundamental and on-chain trends align in favor of bulls.” Bitcoin is trading at over $13,800 at the time of writing – which is notably a new year-to-date high and a price “just shy of 2019’s highs at $14,000,” the exchange noted in its recent crypto market report.

During the past week, Bitcoin price surged approximately 14%. The flagship cryptocurrency has consistently been outperforming altcoins (alternative coins besides Bitcoin) this past week. Ethereum (ETH), the second-largest crypto-asset by market cap and adoption, has only managed to gain around 6% during the past seven days, OKCoin confirmed.

Su Zhu, CIO and CEO of Three Arrows Capital, has said that Bitcoin’s “ability to outperform comes as a result of the speed of its rally.”

OKCoin notes in its report that analysts are optimistic after the pseudonymous cryptocurrency “printed its highest weekly candle close since January 2018, shortly after bitcoin peaked in late 2017.” Crypto analysts believe that $14,000 could be “a tough region for bitcoin to cross, though, due to the level’s historical technical significance.”

The report confirmed that $13,700+ is the highest that Bitcoin (BTC) has traded in over a year.

“Institutional adoption continued this week with PayPal rolling out cryptocurrency support. Investors in the space expect these announcements to trigger more corporations and institutions to enter the bitcoin space.”

The report from OKCoin states that analysts are “not expecting $14,000 to break easily.”

“Considering the historical precedent, there is a considerable amount of order book ‘asks’ in the $14,000 region. Bitcoin should close above that level on a weekly or monthly basis to confirm it is acting as support. Then, it may act as a springboard to new highs.”

Crypto analyst “Light” reveals that the amount of BTC being sent to digital asset exchanges has decreased sharply over the past few days. He believes that this could be an indication that traders are now reluctant to sell their crypto-assets because there could be a potentially strong move to the upside.