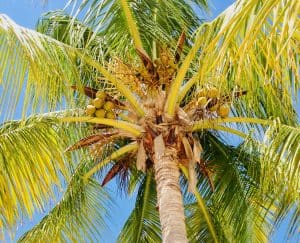 Medici Ventures has invested $8 million into Bitt, a Barbados-based company. The equity investment into Bitt effectively gives Medici control of the company.

Medici Ventures is a wholly-owned subsidiary of Overstock (NASDAQ:OSTK) that focuses on blockchain technology.

Bitt was founded in 2013 as an infrastructure provider that seeks to support a digital financial ecosystem throughout the Caribbean. Bitt’s financial software and mobile application platform uses blockchain to facilitate secure peer-to-peer transactions.

Medici Ventures first purchased $4 million of equity in Bitt in early 2016, followed by an additional $3 million equity purchase in 2018. With a controlling interest in Bitt, Medici says it will provide further support in the company’s mission of accelerating the adoption of central bank digital currencies.

Bitt’s presence will remain in Barbados and its president, Brian Popelka, will assume the role of Chief Executive Officer.

“We are strong believers in what Bitt is doing, and remain committed to supporting its forward-thinking vision, which aligns with Medici Ventures’ mission of democratizing capital, eliminating middlemen, and re-humanizing commerce. Bitt’s pioneering work in the central bank digital currency space promotes social inclusion, financial empowerment, and economic growth. It is the perfect use case for blockchain technology to fundamentally change the way in which we transact, and fundamentally change how societies function.”

Popelka called Medici an ideal partner and said the investment will help Bitt continue to innovate and expand in the digital currency sector.