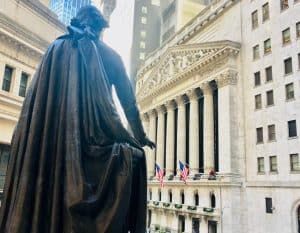 Firms secured more capital via stock market listings in 2020 than in any other year, except for 2007, as a recovery in equities valuations managed to attract various firms and blank-cheque acquisition vehicles were increasingly used to carry out listings in US markets. The hot SPAC market has helped quite a bit.

Firms acquired nearly $300 billion in funding via flotations across the globe this year, including an all-time record $159 billion in the United States, according to Refinitiv data. In 2020, we saw the public debuts of major tech companies like Airbnb and DoorDash, along with listings for entities that aim to acquire others and move these initiatives quickly on to public markets.

The listings have offered financial relief and assistance to firms during a year that has seen the COVID-19  outbreak lead to a dramatic slowdown or even permanent shutdown of many businesses globally. The Coronavirus crisis has had a major impact on capital markets in Southeast Asia, Europe, the US, and almost all other world regions.

After a major market crash in March 2020, when awareness about COVID really began to spread, US equities have been recovering and have also approached record highs. Many more investors are acquiring shares of major technology companies that have grown dramatically as individual consumers and businesses moved to a remote working environment. This may have  provided the appropriate or ideal conditions for the launch of several initiatives such as Snowflake, a Cloud computing firm, and Unity Software, a video game tech company.

As first reported by the FT, David Ludwig, global head of equity capital markets at Goldman Sachs, stated that firms taking advantage of the shifts that took place in 2020 “saw incredible receptivity from a broad set of investors.” Ludwig added that the overall demand was quite strong for the flotations of consumer, tech, and healthcare-focused groups.

Jeffrey Bunzel, head of equity capital markets at Deutsche Bank, noted that investors think that COVID might have a long-lasting impact on tech firms. Bunzel pointed out that there’s “a reality of how they have become important to the world.” He also believes there will be certain changes in consumer behavior like many people might “not feel comfortable going back to eating out and will continue to order food instead.”

In addition to around $76 billion acquired via blank-cheque companies, the FT confirmed that deal activity in the US and Asia surged over 70% compared to 2019. European listings, however, did not have a great year. Valued at a combined $20.3 billion, listings in Europe declined by a tenth from last year to reach nearly half of the levels recorded in 2018.

Meanwhile, in Asia, listings were valued at a combined $73.4 billion. These figures may have been substantially greater if Fintech giant Ant Group had not been forced to halt its (potential) $37 billion IPO plans (which were put on hold after Chinese authorities introduced new regulatory restrictions).

Ant’s failure to launch its IPO has led to Beijing-Shanghai High Speed Railway leading the public listings market with its $4.4 billion offering, which was notably the largest of 2020, surpassing the $3.9 billion secured by Snowflake’s listing and the $3.8 billion acquired by Airbnb.

SPAC listings surged this year. Special purpose acquisition companies accounted for nearly $76 billion of the funds secured in the United States. More SPACs are now expected in the coming year. SoftBank recently submitted documents to carry out its own SPAC on the Nasdaq.