Mambu, a Fintech that offers a Banking as a Service platform, has raised a significant €110 million ($134 million) funding round led by TCV a venture firm that has invested more than $2.5 billion in Fintech. John Doran, TCV General Partner, will join the Mambu board.

Mambu reports the new round brings the company’s valuation to over €1.7 billion. Mambu said it will use the new capital to “accelerate its rapid growth and deepen its footprint in the more than 50 countries in which it already operates and focus on markets like Brazil, Japan, and the United States.”

A Germany based Fintech that launched in 2011, Mambu offers a path for Fintechs and incumbent to​ build modern banking ​and lending​ platform​ fast. Mambu currently supports ​160 customers in over 50 countries. ​Included in the list of clients are N26, OakNorth, ABN AMRO and Santander. Mambu reports 100% year over a year growth 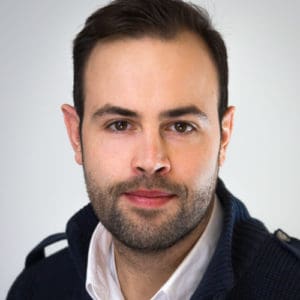 Eugene Danilkis, founder and CEO of Mambu said when they launched in 2011 they knew the future of banking would have to be built on agile and flexible technology.

“Nearly a decade later, this is more true now than ever, particularly given developments over the past year. As an increasing number of challenger and established banks sign on to prepare themselves to thrive in the finech era, we have, and will continue to provide them with a world-class platform on which to build modern, agile customer-centric businesses.”

Danilkis said the funding will allow them to tackle one of the most complex global market opportunities that is still in its infancy.

Doran said that Mambu was one of the first companies to leverage the opportunity to move banking software into the cloud:

“We have been following Mambu’s progress for many years and are truly delighted to be able to partner with Eugene and the entire Mambu team on their journey to expand their offerings to customers worldwide.”