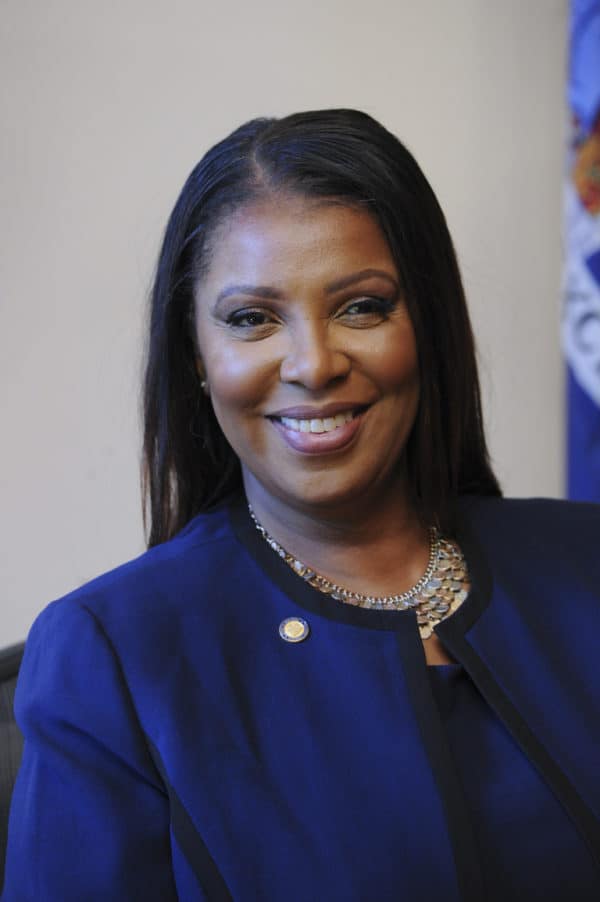 Letitia James, Attorney General of New York, says that Bitfinex must stop allowing trading for New York investors. The AG says that Bitfinex’s activities are “illegal” in New York.  The agreement requires Bitfinex and Tether to discontinue any trading activity with New Yorkers while paying $18.5 million in penalties to the state of New York. Additionally, Bitfinex and Tether must submit to “mandatory reporting on efforts to stop New York trading.”

The State of New York has been engaged in an ongoing legal battle with BitFinex that alleges the crypto exchange of hiding $850 million in losses.

In the case of Tether, the most popular stablecoin with a market cap of around $34 billion, the AG states that the company represented that these stablecoins were backed one-to-one by U.S. dollars in reserve but an investigation by the Office of the Attorney General (OAG) found that iFinex, the operator of Bitfinex, and Tether made false statements about the backing of the stablecoin.

The AG alleges that the hundreds of millions of dollars have been moved between the two companies to cover up losses by Bitfinex.

“Bitfinex and Tether recklessly and unlawfully covered-up massive financial losses to keep their scheme going and protect their bottom lines. Tether’s claims that its virtual currency was fully backed by U.S. dollars at all times was a lie. These companies obscured the true risk investors faced and were operated by unlicensed and unregulated individuals and entities dealing in the darkest corners of the financial system. This resolution makes clear that those trading virtual currencies in New York state who think they can avoid our laws cannot and will not. Last week, we sued to shut down Coinseed for its fraudulent conduct. This week, we’re taking action to end Bitfinex and Tether’s illegal activities in New York. These legal actions send a clear message that we will stand up to corporate greed whether it comes out of a traditional bank, a virtual currency trading platform, or any other type of financial institution.”

According to the OAG’s investigation, starting no later than mid-2017, Tether had “no access to banking, anywhere in the world, and so for periods of time held no reserves to back tethers in circulation at the rate of one dollar for every tether.” The investigation claims that the cash ostensibly backing Tether had only been placed in Tether’s account when the company reported a verification of the funds.

To quote the AG:

“On November 1, 2018, Tether publicized another self-proclaimed ‘verification’ of its cash reserve; this time at Deltec Bank & Trust Ltd. of the Bahamas. The announcement linked to a letter dated November 1, 2018, which stated that tethers were fully backed by cash, at one dollar for every one tether. However, the very next day, on November 2, 2018, Tether began to transfer funds out of its account, ultimately moving hundreds of millions of dollars from Tether’s bank accounts to Bitfinex’s accounts. And so, as of November 2, 2018 — one day after their latest ‘verification’ — tethers were again no longer backed one-to-one by U.S. dollars in a Tether bank account. “

Additionally, the AG alleges that in 2017 and 2018, Bitfinex began to “increasingly rely on third-party “payment processors” to handle customer deposits and withdrawals from the Bitfinex trading platform.”

“In 2018, while attempting to “move money [more] efficiently,” Bitfinex suffered a massive and undisclosed loss of funds because of its relationship with a purportedly Panama-based entity known as “Crypto Capital Corp.” Bitfinex responded to pervasive public reports of liquidity problems by misleading the market and its own clients. On October 7, 2018, Bitfinex claimed to “not entirely understand the arguments that purport to show us insolvent,” when, for months, its executives had been pleading with Crypto Capital to return almost a billion dollars in assets.”

The AG says that since the beginning iFinex and Tether have falsely claimed they do not allow trading by New Yorkers and “the companies have operated for years as unlicensed and unregulated entities, illegally trading virtual currencies in the state of New York.”

In April 2019, the OAG sought and obtained an injunction against further transfers of assets between and among Bitfinex and Tether, which are owned and controlled by the same small group of individuals. That action — under Section 354 of New York’s Martin Act — ultimately led to a July 2020 decision by the New York State Appellate Division of the Supreme Court, First Department, holding that:

In a public statement, Bitifinex thanked the personnel at the New York Attorney General’s Office for their cooperation and professionalism.

“Bitfinex and Tether are pleased to have reached a settlement of legal proceedings with the New York Attorney General’s Office. Under the terms of the settlement, we admit no wrongdoing. The settlement amount we have agreed to pay to the Attorney General’s Office should be viewed as a measure of our desire to put this matter behind us and focus on our business. Over the past two and a half years, we worked in full cooperation with the Attorney General’s Office and provided more than 2.5 million pages of documentation to answer their questions and bring this matter to a close. The settlement resolves allegations about public disclosures related to a loan Tether made to Bitfinex when Bitfinex was encountering challenges accessing approximately US$850 million in Bitfinex funds held by a payment processor in 2018. These events are by now well known. The loan was made to ensure continuity for Bitfinex’s customers. It has since been repaid early and in full, including interest. At no point did the loan impact Tether’s ability to process redemptions.”

Bitfinex said the AG’s office concluded they could have done better in disclosing events while stating that “after two and half years there was no finding that Tether ever issued tethers without backing, or to manipulate crypto prices.”

Bitfinex said they share the AG’s goal of increasing transparency and they will disclose additional information about Tether’s reserves.

“We do not make this commitment reluctantly; we embrace it,” stated Bitfinex.

The company noted that while the investigation was ongoing the market capitalization of Tether has gone from $2 billion to over $34 billion.