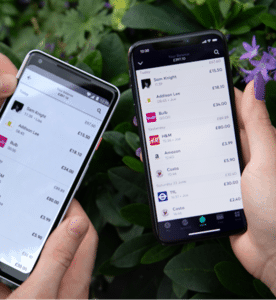 UK-based Fintech challenger Starling Bank has secured £272 million in capital via a Series D funding round led by Fidelity Investments.

Starling Bank reported a £1.1 billion pre-money valuation. This latest investment round diversifies Starling’s slate of institutional investors to include some of the largest financial firms.

As confirmed in a release shared with CI, Starling’s Series D was led by Fidelity Management & Research Company (Fidelity), along with contributions from the Qatar Investment Authority (QIA), RPMI Railpen (Railpen), the investment manager for the £31 billion Railways Pension Scheme, and the global investment company Millennium Management.

Starling is notably among the UK’s fastest-growing banking platforms. Since launching operations back in 2017, the Fintech firm has opened over 2 million accounts, including over 300,000 SMB accounts.

The capital raised will be used to support a “targeted expansion of Starling’s lending in the UK, as well as to launch Starling in Europe and for anticipated M&A,” the update revealed.

“Digital banking has reached a tipping point. Customers now expect a fairer, smarter and more human alternative to the banks of the past and that is what we are giving them at Starling as we continue to grow and add new products and services. Our new investors will bring a wealth of experience as we enter the next stage of growth, while the continued support of our existing backers represents a huge vote of confidence.”

Rothschild & Co is acting as “exclusive” financial advisor with Norton Rose Fulbright serving as the legal advisor to Starling Bank on this particular transaction.

The announcement has reportedly come as Starling Bank booked its 4th straight month in profits. Starling says it’s now on track to report its first full year in profit “by the end of its next financial year-end.”

Starling “generated a total revenue of £12 million in January 2021, which represents an annualized revenue run rate of c.£145 million and an increase of approximately 400% compared to January 2020.”