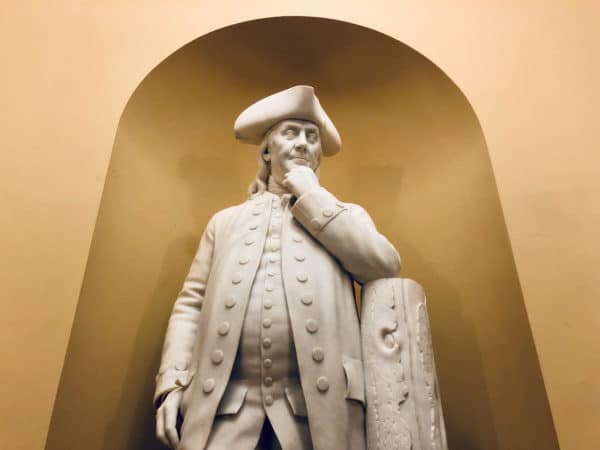 This past week, the House Committee on Financial Services held part two of three anticipated hearings on the GameStop/Reddit/Robinhood saga. As most people are aware, in recent months a short-squeeze caused shares in GameStop (NYSE:GME) to jump dramatically higher compelling short sellers to purchase shares a higher price than when they were sold. Many of the short sellers were hedge funds that reportedly lost quite a bit of money on the trade. The reason the short squeeze happened was due in part to retail traders chatting on certain subreddit forums like Wallstreetbets.

In the ensuing fallout of the price increase, Robinhood paused purchases of shares in GameStop and some other securities while quickly raising capital to cover a shortage of funds. This upset a good number of their customers.

A first hearing took place on February 18, 2020, involving the CEO of Robinhood, a Reddit trader, a hedge fund that lost money, and a market maker.

The hearing this past week involved interested parties including academicians, special interest groups, a former SEC Commissioner, and an entrepreneur.

So what did we learn at the hearing this past week, entitled; “Game Stopped? Who Wins and Loses When Short Sellers, Social Media, and Retail Investors Collide, Part II”? Not too much really, except the entire discussion is largely taking place along partisan lines. The Democrats who control the Committee lean towards more rules and less access with pointed criticism of Robinhood and trading in general. The Republicans tend to embrace innovation and prefer more access for smaller investors – there appears to be a willingness to let Fintech thrive. That being said, Chairwoman Maxine Waters has stated the intent of these hearings is informational – a chance to educate Committee members and there is no foregone conclusion that any legislation will be pursued.

Dr. Vicki Bogan, Associate Professor, Cornell University, worried about issues related to payment for order flow (PFOF) – a legal practice that is used by Robinhood (as well as others) to generate the bulk of its revenue. PFOF means Robinhood receives compensation for routing traffic to dealers and thus can eliminate trading fees. Dr. Bogan also pointed a finger at the “gamification” of the trading process. To quote prepared remarks:

“The recent GameStop incident has highlighted several acute financial market functioning issues related to PFOF conflict of interest concerns and duration of settlement clearing. However, one critical issue resurfaced during this time that is not unique to the GameStop incident, and has the potential for long-lasting negative effects on the finances of households – the gamification of investing. The practice of financial institutions responsibly serving retail investors does not start and end with giving lower-cost access to financial markets. Robinhood CEO, Mr. Vladimir Tenev is quoted as testifying that Robinhood works to “Give people what they want in a responsible, accessible way.” The gamification of investing, which has been pioneered by Robinhood, is not responsible because it has the demonstrated ability to harm the lives of people by creating financial fragility through wealth erosion.”

Dennis Kelleher, co-founder, President and CEO of Better Markets, a non-profit that advocates for financial reform, claimed the “GameStop trading frenzy likely imposed hundreds of millions, if not billions, of dollars of losses on everyday investors.” Kelleher believes the system is rigged against everyday investors. 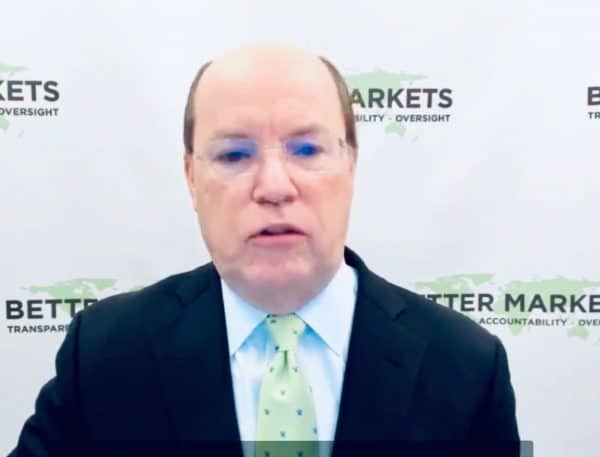 Commenting on the events under discussion, Kelleher stated in prepared remarks:

“…the Committee must searchingly evaluate the actions and positions of the SEC and the Financial Industry Regulatory Authority (FINRA). Although certain legislative solutions may be necessary, the SEC and FINRA already have broad authorities to establish guardrails and punish and deter misconduct, manipulation, and distortive trading practices in our securities markets, each of which is essential to bolstering and restoring capital formation, sound market mechanisms for capital allocation, market integrity and stability, and investor confidence and trust.”

Alexis Goldstein, Senior Policy Analyst at Americans for Financial Reform, slammed Robinhood adding that most people that make money during these bubbles are already wealthy:

“In the wake of the 2008 crisis, research showed that while casino gambling went down, playing small-dollar lottery games with big jackpots increased among those who continued to struggle financially through the recession. Reddit and Robinhood are driving a new kind of financial lottery: trading cheap options that require giant price moves to become profitable. Robinhood is certainly trying to encourage this, using targeted advertising on social media, with a Tweet declaring “Millions of people will soon begin receiving stimulus checks”​ and links to a blog post that says “At Robinhood we think a missed opportunity is waiting too long to start investing, or worse, never investing at all.”

Goldstein went on to advocate that the current administration cancel student debt as a better path to growing the economy or adding a wealth tax and directing funds to child care or free tuition.

Alan Grujic, CEO of All of Us Financial, disagreed with much of the Wall Street bashing claiming the “narrative that “markets are rigged” and that big institutions steal from the little girls and guys out there is mostly not correct.” Grujic said our markets are well structured, competitive, and “expertly regulated.” It is interesting to note that All of Us Financial is a startup that shares its revenue with its account holders – like a cut of the securities lending revenue and payment for order flow fees. Grujic is looking to level the playing field for the little guy by aligning interests his platform.

Some of the most thoughtful comments came from Michael Piwowar, now at Miliken but previously an SEC Commissioner. An economist by training, Piwowar said it may be worthwhile to revisit certain rules periodically.

“Because markets and technologies are continually evolving, frequent retrospective reviews of market structure and market infrastructure rules by the Commission are necessary to ensure that they are not outdated, obsolete, or overly burdensome,” said Piwowar.

One important rule Piwowar believes is in need of an update is the definition of an accredited investor – something that blocks retail investors from investing in high-growth private firms. Commenting on the current definition, Piwowar explained:

“Remarkably, by allowing only high-income and high-net-worth individuals to reap the risk and return benefits from investing in certain securities, the SEC is actually exacerbating wealth inequality.”

In the end, many observers believe that markets held up well during a time of heightened volatility. For investors, some lost money, others gained, but then that is how trading works and you understand that when you make a trade. Robinhood is not the only broker that users may use to invest in securities as there are plenty of options for consumer choice.

While there may be room for minor improvements to certain rules there may be a bigger risk that legislation emerges that creates unanticipated consequences that undermine markets and, maybe, harm retail investors. Or not. Let’s wait and see who shows up at the next hearing and if any bills surface addressing payment for order flow or something else.