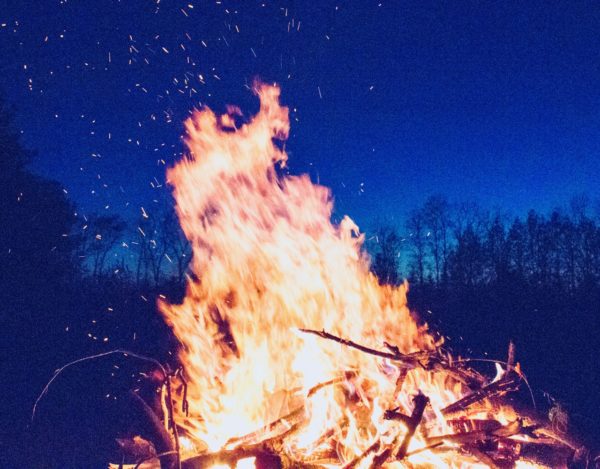 The developers of YIELD App, which allows users to deposit various crypto-assets and earn competitive returns, have published a blog post that covers the controversial Ethereum Improvement Proposal or EIP 1559, the ongoing Ethereum “miner revolt” and “what it all means” for decentralized finance (DeFi).

The YIELD App team notes that billionaire Mark Cuban has compared today’s blockchain or distributed ledger technology (DLT) space to “the early days of the Internet.” According to YIELD App’s blog, “much is true about this comparison, not least the increasingly sluggish speeds seen on Ethereum.”

YIELD App, which recently began allowing users to earn up to 20% APY (not available in the US, only in very limited jurisdictions), points out that the main chain of the crypto-economy is plagued by “sky-high transaction, or ‘gas’ fees keeping average people out of DeFi.”

YIELD App’s blog further notes that the highly-anticipated system-wide update to Ethereum 2.0, which will see the DLT network transition from Proof of Work (aka mining ETH) to Proof of Stake (holding ETH), will be “a true game-changer comparable to broadband replacing 56k dial-up modems.”

But for now at least, Ethereum 2.0 “remains a distant prospect,” the developers claim.

“In the meantime, developers are working to bridge the gap with Ethereum Improvement Proposal 1559 (EIP-1559), also known as “The Fee Burn Proposal.” The proposal is set to be implemented during the so-called “London hard fork” in July and is intended to reduce congestion and improve user experience. Despite these improvements, though, EIP-1559 has seen a backlash from many in the mining community.”

As explained by the developers, the BASEFEE will be calculated based on current market prices and will “go up or down depending on network congestion with users able to give a “miner tip” to push transactions through faster.” Users can also “set a fee cap, so transactions only go through at their desired BASEFEE,” the YIELD App team added while noting that “in busy times, this means a transaction with a lower BASEFEE will effectively be held in a queue, rather than being rejected, as is currently the case.”

The major change for EIP-1559 is that the BASEFEE, paid out in Ethereum or ETH, is then “burned,” instead of being kept by the miner as gas fees are retained under the existing “auction-style” bidding system, the developers explained while adding that  “this means wallets and users will be better able to calculate costs, and in lieu of receiving both block rewards and the full gas fee, miners will receive just the block reward and the miner tips, when offered.”

“Miners know their days are numbered. Ethereum 2.0 pledges to be a faster, safer, and more eco-friendly network that reduces energy consumption by 99%. This is largely due to the switch from PoW to PoS, which will make miners redundant. So, as miners currently make a pretty penny from PoW — a record $830 million in fees for January alone — they really don’t want to see this end in the relatively short time they have left before 2.0 comes in.”

“And so, EIP-1559 is a less than welcome measure among Ethereum miners, who effectively claim they are getting ripped off before they get fired. Others, however, claim miners are holding everyone back from attaining 2.0 Nirvana. In any case, miners are plotting to brigade the blockchain on April 1st with a ‘show of force.’”

The YIELD App team also pointed out that many ETH miners and mining centers have confirmed their intent “to divert their power towards one pool — Ethermine — for 51 hours.” This “lays the ground for a potential “51% attack” where a miner consortium gains control of more than half of a blockchain’s computing power, sending the whole system haywire,” the YIELD App team claims while adding that the miners involved, however, “assert their actions will not be a malicious attack.”

“As a counterproposal to EIP-1559, miners introduced EIP-3368 on March 12th. EIP-3368 would increase miners’ rewards to 3 ETH per block with a decaying rate of return bringing rewards down to 1 ETH over two years. The proposal states that the network’s security could become vulnerable should enough miners scale down in preparation for Ethereum 2.0.”

After Tim Beiko went on to acknowledge the EIP-3368 counterproposal during a March 13, 2021 tweet, Red Panda Mining “rescinded their participation from the ‘show of force,’” YIELD App team confirmed.

But they added that Beiko has “more recently announced that EIP-3368 definitely won’t be part of the London hard fork in July.”

As noted by YIELD App:

“The drama continues to unfold, and this kerfuffle may lead to speeding up the miners’ exit. Indeed, a quick merge to PoS could become the main focus for Ethereum’s core developers after the London fork.”

“EIP-1559 doesn’t mean they will pay less in fees for using platforms and protocols. The BASEFEE and tips will still add up, and higher tips will still mean faster transactions. That being said, stability means better business and this could have a knock-on effect for end-users. Fewer transactions will be kicked back during transaction spikes and, finally, smaller fish will get to swim with the whales who previously outbid them for transaction space.”

YIELD App’s blog post pointed out that as we’ve seen with the Binance Smart Chain, other blockchain or DLT networks might be able to get some “action” in the DeFi space as these Ethereum-related issues “play out in the court of public trust, but the end of Ethereum seems unlikely.”

“Any moves to other blockchains running on PoW means facing these same problems again in an economically and ecologically unsustainable model. PoS is necessary, and any blockchains currently running on PoS would have to scale up massively in order to jockey for Ethereum’s clientele as it moves towards 2.0.”

“Another implication of “The Fee Burn Proposal” is its effect on the value of ETH. As ETH is burned instead of entering the market, scarcity leads to value creation, and prices are predicted to skyrocket. This will not be a boon for DeFi users, who have to pay for gas in ETH. As such, don’t hold your breath for relief from those transaction fees just yet: miners revolt or not.”