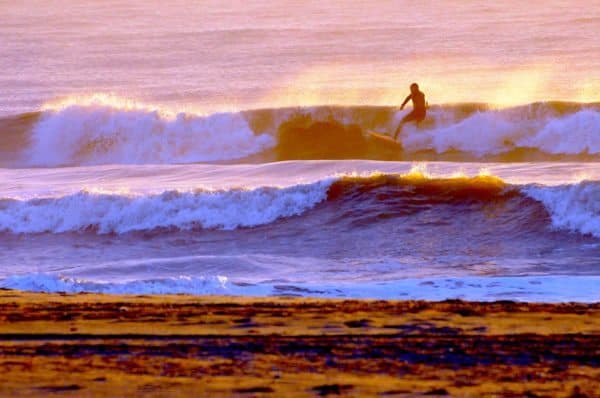 Vladimir Zhuravlev recently commented on why we should consider using the Waves protocol for building decentralized finance or DeFi apps.

Zhuravlev, who’s a Waves developer advocate, has discussed in a blog post what the advantages might be of using the Waves protocol for creating DeFi applications.

Zhuravlev notes that when Waves was launched around five years ago, it was difficult to imagine exactly in what direction the blockchain or distributed ledger tech (DLT) space would move.

He added that DeFi was still in its early stages of development and that many of the innovative DeFi tools had not been invented (at that time).

However, Waves’ approach has always focused on achieving high-throughput and low fees, Zhuravlev claims, while adding that today, when DeFi is “all the rage,” these advantages “make the Waves ecosystem one of the DeFi pioneers.”

He also noted that several successful or widely-adopted DeFi apps have been developed on the Waves protocol – which includes the Waves.Exchange, the automated-market-maker or AMM service Swop.fi, Decentralized Forex and the Neutrino stablecoin protocol.

While explaining why blockchain or DLT developers might have chosen the Waves protocol for their DeFi apps, Zhuravlev pointed out that the platform has “fixed fees.”

He added that many people have complained about the extremely high TX fees on Ethereum (ETH), the world’s largest smart contract platform. There have been many jokes about high fees when using Ethereum as well.

ETH is a network for the rich guys now, but soon those guys will be poor. 😂

According to Zhuravlev, there are just a few big players that can actually afford basic Ethereum transactions. He revealed that simple transfer of ERC-20 tokens will “set a user back $10, and a swap in MetaMask requires a fee of at least $50.” Meanwhile, Binance Smart Chain or BSC provides significantly lower fees (under $1) which has “lately been a factor winning over many former Ethereum users,” Zhuravlev added.

“Waves offers an even better deal. In addition to guaranteed low fees, the chain allows users to stop worrying about gas fees. All network fees are fixed regardless of any factors, except for network overload. This feature was made possible by the very design of the protocol and its smart contract language: all transactions have a predictable complexity and execution time, and there is no need for gas.”

Zhuravlev also noted that if you want to send tokens on Waves, then be assured that you’ll have to pay “a fee of only 0.001 WAVES (less than $0.01).” For transactions associated with smart contracts, the fee will be “just 0.005 WAVES.”

Zhuravlev claims that “this is very convenient for dApp developers who can guarantee cheap transactions for their users regardless of the network load.” He also mentioned that this feature, “came in handy for the development of Swop.fi, attracting users from other networks.”

Zhuravlev added that apart from the fixed low fees, Waves is a “fast” and “scalable” blockchain. The protocol can handle as many as 1,000 transactions per second, which is really important for DeFi apps (which often have many users and often conduct small transactions).

“The block generation time on Waves is 60 seconds, but, thanks to the Waves-NG technology, microblocks are available, to which transactions are written every 5 seconds. Not a bad speed for such cheap transactions, eh?”

Zhuravlev explained that the Waves protocol is “based on the LPoS (Leased Proof of Stake) consensus algorithm, enabling WAVES token holders to collect a passive income from staking their tokens.”

He added that WAVES staking became “especially lucrative after the adoption of a monetary policy, and, for the last 18 months, it has been offering an APY of above 5%.” This feature “facilitates the creation of DeFi apps for staking and yield farming,” Zhuravlev noted.

He pointed out that an example of this type of product is the stablecoin Neutrino USD (USDN), which provides its holders “an APY of 10%+, since WAVES tokens locked in the smart contract as collateral, are staked.”

“Any DeFi app developer can use WAVES staking to improve the logic of their service, enabling an income from assets locked by users in DeFi apps.”

(Note: for more details on why you may want to consider using Waves for building dApps, check here.)