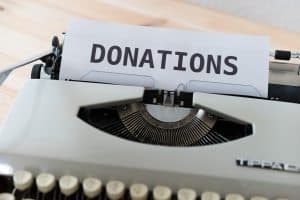 Spiral, the banking solution developed specifically for the charitable sector, revealed on April 1, 2021 that it has acquired $14 million in capital via a round led by venture group Team8 along with with participation from Communitas Capital, Phoenix, Nidoco AB, MTVO, and several other  financial industry professionals.

Spiral’s management noted that they’ll use the funds secured to launch an ethical banking app that allows clients to “effortlessly support any charitable cause they care about while earning attractive rates and monthly cash bonuses on their deposits,” according to a release.

“Spiral will even match their donations, up to a limit. Nonprofits can use the app to share engaging content with supporters, increase donations and collect funds without fees. The app is live and will launch to the public next quarter.”

Shawn Melamed, CEO and Co-Founder of Spiral, added that “the future belongs to socially-conscious brands that care as much about giving back to society as they do about generating profits and growth.”

Melamed also mentioned Spiral aims to “pioneer” the ethical banking sector by “creating a new ecosystem solution for more than 100 million charitable givers and 1.5 million non-profit businesses. ” He pointed out that “not only does Spiral make it easy and engaging for people to support causes they care about but we also financially reward them so they can personally thrive.”

“People are increasingly supporting brands that align with their values. And they expect a simple and effortless user experience. Spiral will offer customers both a personalized banking experience and a deeper connection to the charities they support.”

The US ranks high as one of the world’s most generous countries, according to the 10th Annual World Giving Index. The vast majority of US consumers —around 80%—”donate to charities each year. In 2019 alone, that amounted to almost $450 billion,” the announcement revealed.

Spiral has developed a banking app that aims to make it more convenient for these US residents “to do good—supported by a full range of personalized banking services and excellent customer care.”

As noted in the release, Spiral customers can take advantage of the following:

Spiral also “makes it easier for nonprofits to grow their support base and increase donations from existing donors,” the announcement noted.

Nonprofits that work with Spiral may get donations “without any fees and share content directly through the app to engage supporters,” the release added while noting that the app also “connects to social media, so Spiral customers can promote the causes they support and the donations they make.”

“We’re excited to back Spiral’s unique vision and incredible growth potential. Brands like Tesla, Whole Foods and Lemonade have galvanized specific demographics to become the front-runners of their industries. Spiral is on a mission to do the same in the world of banking.”

The app is currently live in beta, and the waiting list is open and accessible here.