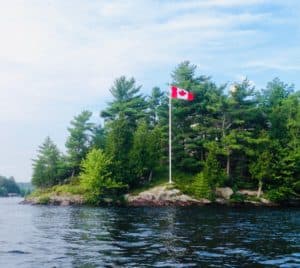 According to a release by Valdy (TSXV:VALDY), the company has entered into a definitive agreement to acquire all outstanding securities of INX Limited. Upon completion, INX will effectively become a publicly listed company.

Valdy is a shell company based in Vancouver, Canada.  Valdy was incorporated on August 22, 2018, under the BCBCA and is a reporting issuer in the provinces of British Columbia and Alberta.

INX is building a “licensed platform to trade cryptocurrencies and security tokens” and is in the midst of a native token offering. Last October, it was reported that the digital security, INX Token, was seeking a listing on the Canadian Securities Exchange (CSE). In 2020, INX reported that it generated no revenue and a net loss of approximately $24 million.

The deal with Valdy is expected to see upon completion that INX will become a wholly-owned subsidiary of the company, and the combined entity will continue the business of INX in a SPAC-like deal.

Upon closing each Subscription Receipt will be automatically converted into a unit comprised of one ordinary share in the capital of INX and one-half
of one common share purchase warrant of INX, and the escrowed proceeds of the Concurrent Financing will be released to INX. Each INX Financing Warrant is exercisable into one additional INX Share for two years from the closing of the Concurrent Financing at an exercise price of $1.88 per share.

After the deal closes, the board of directors of the resulting issuer is expected to initially consist of eight directors, with seven nominees from INX and one nominee from Valdy. The initial directors are expected to be Alan Silbert, James Crossley, David Weild, Nicholas Thadaney, Haim Ashar, Thomas Lewis, Rafael Rafaeli, and a nominee from the Company that is acceptable to INX, acting reasonably.

Founded in 2017 INX, is based out of Gibraltar and has an office in Israel. To date, INX’s operations have focused on developing blockchain-based
platforms for trading digital securities and cryptocurrencies available to both institutional and retail investors in accordance with applicable regulatory requirements. INX launched the world’s first SEC-registered security token IPO aimed at establishing a revolutionary, fully regulated financial trading market and becoming a prime trading and listing arena for digital assets. INX recently entered into a definitive agreement to acquire Open Finance Securities LLC, a registered U.S broker-dealer with an alternative trading system.