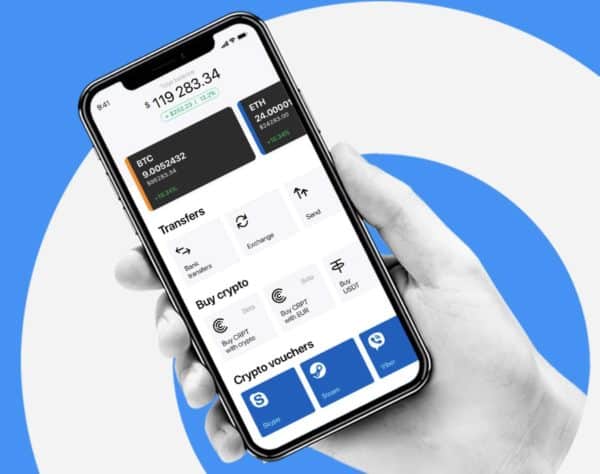 Estonia-based aspiring “crypto-bank” Crypterium has secured more than €2.4 million through its equity crowdfunding campaign on Seedrs. The funding round, which is set to close later this week, originally sought to raise a minimum of €1 million and has already attracted 2,000 Seedrs investors.

As previously reported, Crypterium stated it is building a mobile app that will turn user’s coins and tokens into money that they may spend with the same ease as cash.

“We make cryptocurrency as easy to use as cash. Our solutions are designed to help users from all over the world enjoy the benefits and freedom of blockchain-based currencies in a safe, transparent, and highly-intuitive environment.”

The Crypterium team also revealed why they decided to seek funds through crowdfunding:

“Traditional, and even challenger banks have too much to lose, too much to change. Only a cryptocurrency visionary can take this space. We will be this company, but it requires capital that current revenue streams can not support in such a compressed window of opportunity. Over the next 3 years we anticipate that we may need to raise as much as $500m, but for now we want to start a little smaller. That is why we want our community to be the first to participate and become shareholders of Crypterium.”

Crypterium then revealed that in 2020, it saw sustainable growth, with the number of wallet users doubled, totaling to 400,000 people across 170 countries, showing ten times monthly profit growth and €150.000.000 turnover.

Funds from the crowdfunding campaign will be used to continue the growth and development of the Crypterium platform and mobile app. The company is now offering 2.17% in equity at an €84.5 million pre-money valuation through the funding round.