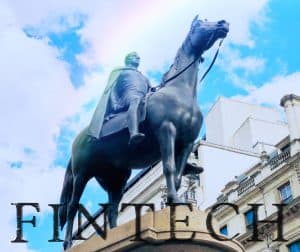 While attending a recently-held panel session for this year’s UK Fintech Week , moderator Kristy Duncan, CEO at Women in Payments, acknowledged that the United Kingdom and the European Union could potentially benefit from an updated regulatory framework that supports innovative projects and competition.

As first reported by Finextra, Duncan pointed out that Fintech companies are challenged and face limitations due to regulatory issues such as the lack of proper enforcement procedures and passporting problems.

While discussing these issues with Keith Grose, Head of International, Plaid, Duncan inquired about if there are any key focus areas that regulatory authorities may improve in this area.

Grose pointed out that regulation aims to establish trust and bring greater legitimacy to an industry that intends to further increase investment and overall adoption. Grose added that he’s really looking forward to seeing progressive Open Banking policies and better enforcement of PSD2 across Europe.

Grose also mentioned that the UK has “taken a great lead, but I think there are definitely markets where PSD2 could be higher quality in continental Europe.” He believes that regulators need to “step in and enforce the regulations there.”

Grose also noted that there may be a need for “smart divergence” after Brexit, as the UK will be able to introduce changes to their regulatory approach in “a faster way than maybe they could have previously.”

Grose thinks that smart divergence focuses on how UK regulators may (like with PSD2) update their regulatory guidelines to be more Fintech friendly while promoting adoption – especially since it happens to be one of the UK’s major industries.

Myles Stephenson, CEO at Modulr Finance, said that it’s “more of the same” that he would like to see from regulatory authorities. He added that for them, it’s “thinking about what’s next” and also “what else can the regulators, central banks and government do.”

But Stephenson pointed out that developments might get stuck in the “halfway house” of progress.  He added that there has been considerable momentum, innovation, and change which “enable us to exist and do what we do which is great, but then we come up against the challenge of having to make this innovation really work.”

Stephenson added that some challenges for Fintech are that progress typically leads to certain friction points which then gets attributed to financial technology, but in fact, Fintech is just attempting to utilize the system in a proper manner. It’s actually the system or the enforcement of regulatory policies that may be blamed for the faults or issues.

The updates made to passporting guidelines following Brexit have been a key challenge, Neil Harris, Group Chief Commercial Officer, Global Processing Services (GPS), stated. Although this may not affect GPS directly, there’s been a major additional cost and complexity due to the absence of proper measures and visibility of what this all really means from a Brexit point of view.

Sophie Guibaud, Chief Growth Officer, OpenPayd, argued that “regulation is and will always be key.”

Guibaud also mentioned Fintechs “need to work hand in hand with regulators to actually enforce this, because making a regulation simple and accessible and developing further will be key for enabling traditional companies to become fintechs in the next few years.”