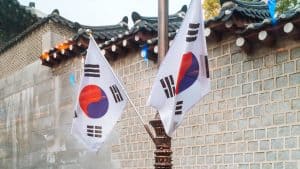 Uppsala Security, a provider of tools for Crypto AML, Risk Management, Regulatory Compliance, and Cybersecurity revealed on Monday (April 26, 2021) that with assistance from Bithumb, one of South Korea’s leading digital asset exchanges, it has helped a victim to “recover approximately 20 million KRW” (appr. $18,000) by identifying the suspect of the alleged fraud in a timely manner.

“According to the Crypto Incident Response Center (CIRC), a recent service launched by Uppsala Security, the fraud case was reported by the victim in late February 2021. Uppsala Security’s investigators tracked and analyzed the flow of the victim’s reported digital assets in real time and confirmed that the stolen funds reached a Bithumb Exchange wallet.”

In response to the situation, Uppsala Security informed the compliance division of Bithumb, its digital asset AML partner, and the personnel responsible for these issues proceeded to double-check the suspicious funds and related details so that a virtual asset tracking report would be  provided to the victim (as fast as possible).

“The victim reported the damage to the police using the tracking report jointly confirmed by the two parties as evidence, and the cybersecurity team at the Daegu Bukbu Police Station, which received the case request, presented a search warrant to Bithumb to conduct a full-fledged investigation.”

Bithumb completed the KYC process for the suspected crypto wallet address, which had been “observed in advance in close cooperation with Uppsala Security, and delivered the information of the suspect’s account to the police.” The update also mentioned that by doing so, the police “quickly arrested the malicious actor and helped the victim recover all the initially lost funds.”

“According to Uppsala Security, the victim shared ‘I would like to express my gratitude to the cybersecurity team of the Daegu Bukbu Police Station for proactively conducting the investigation and to Bithumb Exchange and Uppsala Security for the close cooperation in helping me to quickly check the alleged wallet.'”

“This specific case is really significant, as it is the first case that ended in the successful recovery of the stolen funds, with the help of Uppsala Security’s Crypto Incident Response Center (CIRC) service. It is our mission to quickly identify the wallet address of the suspects, fund flow and transactions as well as the targeted exchanges, but in this situation it would not have been possible to solve this case without the rapid cooperation and response of Bithumb and Daegu Bukbu Police Station.”

“As during April-June is the government’s special all-round crackdown on virtual asset fraud and crime in South Korea, I look forward to shaping a closer cooperative line between law enforcement agencies, exchanges, and Uppsala Security in the future.”