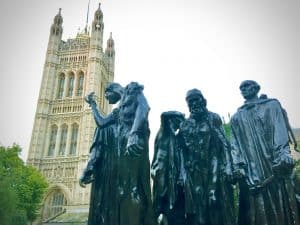 James Butterfill, Investment Strategist at London-based CoinShares, a digital asset manager focused on expanding access to the cryptocurrency ecosystem while serving as a “trusted partner” for its clients, notes in a blog post published on Tuesday (April 26, 2021) that “poor sentiment” for Bitcoin led to “low inflows of $1.3 million, masking improving appetite for Ethereum.”

“Worries over Bitcoin mining issues in Xinjiang, China, spooked the market with assets under management (AUM) $10 billion lower than the previous week. AUM now sits at $54 billion. The low inflows overall mask varied flows amongst the digital assets. Outflows were primarily focused on Bitcoin with $21 million, being the largest weekly outflow on record.”

Butterfill pointed out that this outflow needs to be taken into context as “it represents only 0.05% of AUM, while weekly inflows this year average 0.6%.” He also mentioned that trading volumes amongst investment products “did now challenge the bitcoin market, remaining at a low 5% of total bitcoin volumes.”

The report also noted that Ethereum “bucked the trend with investment product inflows of $34 million.” Inflows year-to-date of $792 million “represent 8% of total AUM, the recent rise in weekly inflows highlight a renewed positive sentiment amongst investors.”

You can check out the complete report here.

As covered last week, CoinShares had revealed that XRP had seen inflows of $33M, which had almost doubled its AUM.

As reported earlier this month, CoinShares had reached $5 billion in AUM.

The milestone came less than two months after CoinShares announced the launch of a new physically-backed ETP, CoinShares Physical Ethereum (Ticker: ETHE). According to CoinShares, ETHE will be the second product released on the firm’s institutional-grade ETP platform and will launch with approximately $75 million in assets under management.

CoinShares further revealed that ETHE will initially be listed on the regulated SIX Swiss Exchange and has a base fee of 1.25%, establishing ETHE an attractive option for institutional investors looking for an accessible ethereum investment vehicle with a fee below the industry standard of 2%.