Matt Harris, a VC focused on financial services and based in New York City, says he’s pleased to welcome Noah Breslow to Bain Capital Ventures as an operating partner.

Thrilled to welcome @noahbreslow to Bain Capital Ventures as an operating partner! Noah is a flat out fintech legend and a gifted mentor to founders, I'm so looking forward to working with him again. https://t.co/ubiaMwpE6T

Harris notes that Noah is “a flat out Fintech legend and a gifted mentor to founders.”

I’m so looking forward to working with him again.”

Noah Breslow, former Chairperson and CEO at OnDeck, had first said (when being offered the job) that he was “more of a tech guy” and working at a lending firm might not be suitable for him.

As mentioned in a blog post by Bain Capital Ventures, this had been the first work-related conversation that the company had with Breslow, who is a “longtime close friend” of Matt Harris.

But before Breslow joined Bain, they had not worked as colleagues. As noted in the blog from Bain Capital, “based on how this conversation was going, I (Matt) was stuck in the friend zone for sure.”

“This was 2007, and the worlds of “fin” and “tech” still seemed miles apart. And Noah was, for sure, a legit tech guy — CS from MIT; interned at Netscape in 1996; designed satellite communication systems; and led marketing and product for a software startup that exited. Thankfully, Noah concluded that the application of sophisticated tech to lending could be as interesting as all of these other endeavors, and he ultimately joined OnDeck, where he first ran product and tech and then ultimately became CEO.” 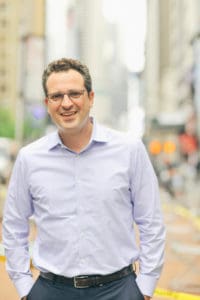 Over the yars, OnDeck has pioneered the use of data analytics and digital technology in order to make reliable real-time lending decisions and provide funding quickly to SMEs online. Under Noah’s leadership, OnDeck offered almost $14 billion in credit to Main Street companies, “reached $450M in annual revenues, and provided many of its investors liquidity north of $1 billion in value — both privately and ultimately as a public company,” the blog noted while adding that “late last year Noah sold OnDeck to Enova, and my wooing of Noah began again”.

As mentioned in the blog:

“But, of course, special operators like Noah can play a pivotal role at a venture firm like BCV, where we strive to find and fund the very best entrepreneurs in the world and support them at every step in their journey.”

As noted by Matt, Noah has been “a clear-headed mentor to many founders over the years, both within fintech and in tech more broadly, and his position as an operating partner at BCV will give him the opportunity to do more of that work.”

“Our other operating partners, Jeff Williams and Keri Gohman, have shown that it can be an enormously impactful position across the entire venture capital value chain. And, finally, it’s a great perch from which to see a broad swath of the technology landscape, and figure out the next leadership opportunity. So now I’m two for two! Noah joins BCV this week as an operating partner, and we couldn’t be more delighted. You can reach him at [email protected] with your next amazing idea.”