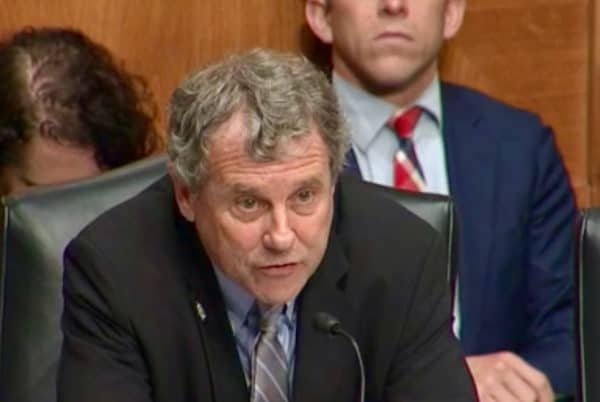 Earlier today, US Senator Sherrod Brown, Chairman of the Senate Banking Committee,  issued a statement challenging the Office of the Comptroller of the Currency (OCC) to review federal bank charters approved for digital asset firms.

In the last year of the Trump Administration, the OCC under the leadership of Brian Brooks took significant steps in modernizing and updating the regulatory environment for the banking sector by recognizing the emerging ecosystem of digital assets and the growing acceptance of crypto within the financial services industry. Once Joe Biden became President, Brooks was replaced by current Acting Comptroller Michael Hsu.

Senator Brown said he was concerned about a number of national trust charters granted by the prior leadership of the OCC, while noting the Brooks has taken a job in the digital asset sector following his departure from the OCC. Brown pointed to Anchorage, Paxos, and Protego as firms that sought out and received conditional national trust charters. Of note, is the fact that no one, outside of the Senator, has ever questioned the degree or rigorous review these firms endured to receive these conditional charters.

“The fact is, given the many uncertainties present in the digital asset landscape as identified by other regulators, the volatility of digital asset valuations, and the disproportionate influence individuals can have on entire cryptocurrency markets, the OCC is not in a position to regulate these entities comparably to traditional banks.”

Brown claimed that, in his opinion, it is unclear whether the OCC engaged in the appropriate due diligence to stand behind this ‘seal of approval’ before granting these charters.

“Former Acting Comptroller Brian Brooks actively encouraged cryptocurrency companies to apply for a national trust charter because it had ‘relatively easy requirements’ and is ‘just a faster charter to get.’ Not only could these charter approvals lead customers to underestimate the risks related to these assets, but it could undermine faith in the safety and stability of the entire banking system,” Senator Brown warned.

In a separate letter addressed to Acting Comptroller Hsu, Brown requested that the OCC reassess any conditional national trust charters and halt the approval of any additional charters to nonbank entities while you review.

“In addition, I urge you to review the procedures and guidelines followed within the OCC regarding the evaluation and approval of the Anchorage, Paxos and Protego charters to ensure that the OCC’s supervision and licensing standards remain both rigorous and equitable among charter applicants.”

In a Senate Banking hearing held yesterday (May 19), Hsu in both written and oral testimony affirmed his intent to pursue a review. To quote Hsu:

“I am concerned that the regulatory community is taking a fragmented agency-by- agency approach to the technology-driven changes taking place today. At the OCC, the focus has been on encouraging responsible innovation. For instance, we updated the framework for chartering national banks and trust companies and interpreted crypto custody services as part of the business of banking. I have asked staff to review these actions. With regards to charters, some are concerned that providing charters to Fintechs will convey the benefits of banking without its responsibilities. Others are concerned that refusing to charter Fintechs will encourage growth of another shadow banking system outside the reach of regulators. I share these concerns. Recognizing the OCC’s unique authority to grant charters, we must find a way to consider how fintechs and payment platforms fit into the banking system, and we must do it in coordination with the FDIC, Federal Reserve, and the states.”

The current fear-mongering by policymakers may slam the breaks on Fintech innovation in the banking sector. For years, establishment financial services have lobbied aggressively against the looming competition of Fintechs that tend to be light on physical assets as well as fees charged to consumers. Fintechs, in general, prefer to receive the same regulatory scrutiny as establishment financial services recognizing the benefits accrued once regulatory approval is received. Some observers believe that old finance has effectively dimmed competition by utilizing the halls of Congress to slow inevitable change.