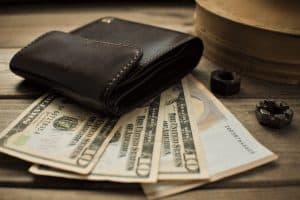 Decred (DCR), a digital currency that focuses on and prioritizes security and scalability, has announced (on May 27, 2021) the initial integration of its decentralized exchange, DCRDEX, into its Decrediton wallet.

DCRDEX, which was first available via the command line interface (CLI), has managed  to surpass $210 million in total trading volume since it went live in October of last year. The integration should make it a lot easier to access the exchange, “the first of its kind with no trading fees,” according to a release shared with Crowdfund Insider.

DCRDEX is also reportedly among the first to make use of a new order matching system that aims to level the playing field between retail and professional traders, the announcement noted. It also mentioned that other key features have been integrated such as added security, as servers “never take custody of client funds, and privacy as it’s completely permissionless.”

At present, the exchange lets users exchange Decred and Bitcoin, but DCRDEX’s developers say they plan to add more cryptos later. This should help put projects on “a more equal footing” and make it easier to acquiring crypto-assets, which should benefit the larger digital asset ecosystem.

“The integration comes following news of Decred becoming the first true decentralized autonomous organization (DAO) in the crypto space, after making a consensus change to decentralize its $87 million treasury earlier this month.”

Jake Yocom-Piatt, Co-Founder and Project Lead at Decred.org, said that they’re proud to confirm the initial integration of DCRDEX into Decrediton – “a much-anticipated update.”

Jake claims that no DEX in the market has been “solely created in the name of the public good, for the users of crypto in the original spirit of crypto.”

“Having the ability to exchange cryptocurrencies with minimal friction, risk and centralization is crucial to the process of cryptocurrency adoption by the wider public and will substantially improve the resiliency of the ecosystem as a whole. The DCRDEX integration and recent consensus change are the latest examples of how Decred is leading the way in helping crypto stay true to its original ideals and keeping crypto decentralized.”

Some of the main features of DCRDEX are as follows:

Decred claims it is “Money Evolved.”

Decred.org project developers note that by “combining battle tested Proof-of-Work with an innovative take on Proof-of-Stake that places coin holders in charge of shaping the future, Decred is able to adapt to challenges and innovate at a rapid pace.”

They further explain that you “acquire influence in Decred by putting ‘skin in the game.'” Decred’s security, privacy, scalability, and decentralized treasury “empower stakeholders and provides them with the tools needed to enhance their financial sovereignty.”