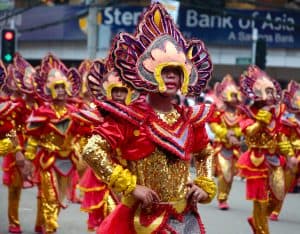 UNObank has received a digital bank license in the Philippines, according to a note from the company.

Singapore-based Fintech DigibankASIA Pte. Ltd., creator of UNObank, has received approval from the Bangko Sentral ng Pilipinas (BSP) to operate a bank in the Philippines. The company claims to be the first Fintech to receive a license outright to operate a digital bank in the Philippines.  The BSP has granted three digital bank licenses, two of which are conversions from previous bank licenses. UNObank is the first to receive the new license entirely under the Digital Banking License framework. UNObank will be led by Manish Bhai as CEO.

UNObank is on a mission to bridge the financial inclusion gap in the Philippines and potentially Southeast and South Asia.

“The BSP’s vision and foresight to digitize the local banking industry is future-forward and apt, because ultimately it will help align the Philippines as a modern banking center for the region,” says Bhai. “We are very grateful to the BSP and honoured by the trust placed in our team.”

According to UNOBank, the Philippines has among the lowest banking penetration in Southeast Asia, as the number of unbanked Filipino adults is estimated at 51.2 million, out of a total adult population of 72 million in 2019.

Bhai says their long term goal is to bridge the gap to financial inclusion:

“With UNObank, we are building the first full-spectrum digital bank to service those with unmet financial needs in Southeast and South Asia.”

Puneet Gupta, the co-founder & CTO of UNObank says they are based in Singapore due to the vibrant Fintech community and innovation and technological development.

“We are in the midst of building a robust, highly secure digital banking platform for UNObank. We are ensuring that the technology we use has the flexibility to create unique customised solutions that will enhance the user experience and add immense value to those Filipinos communities that are currently unserved and underserved.”