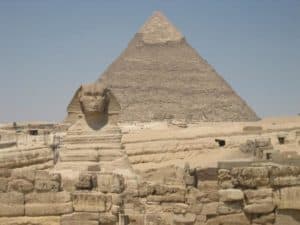 Egypt’s venture capital investment ecosystem has become one of the most fast-evolving markets in the MENA region. It’s been expanding at a 100% CAGR during the last 5 years, according to the 2020 Egypt Venture Investment Report released by Magnitt in collaboration with Egypt’s IT Industry Development Agency (ITIDA).

Egypt-based Fintech firms did not raise the largest rounds with the biggest investments still unable to exceed the $5 million mark – which is well behind 2020’s top round of $40 million that was channeled towards healthcare firm Yezeeta. This, according to a report shared by Michel Assaad, VP of Europe, MENA Region strategy at Citi Bank.

Some of the notable Fintech deals in 2020 included MoneyFellows’ $4 million Series A, Paymob’s $3.5 million investment round, and NowPay’s $2.1 million funding round.

Although these are quite modest rounds, especially considering international standards, the Fintech sector was still able to make headlines last year in Egypt with the introduction of updated regulatory guidelines in the country. Egypt also reported the first local Fintech firm ever reaching Unicorn status (valued at $1 billion or more).

Last year also saw the introduction of the nation’s updated Banking and Central Bank law, which effectively replaced the 2003 legislation. The new framework has, for the first time, addressed virtual payments, the operations of local payment service providers (PSPs), digital banks, and cryptocurrencies.

2020 also saw the completion of the pilot phase of the country’s updated digital KYC service and the launch of a testing scheme for the new platform.

Notably, the reserve bank of Egypt is also considering establishing a 1 billion Egyptian pound (appr. $63 million) Fintech Innovation Fund, which would serve as an investment vehicle for the country’s nascent Fintech ecosystem. The central bank is also looking into whether it should form a Fintech Hub that will be situated in Cairo.

These projects form a part of the reserve bank’s nationwide Fintech strategy which is being supported by a regulatory sandbox introduced back in 2019.

Last year, digital payment firm Fawry notably became the first Egyptian tech firm to achieve Unicorn status. Fawry is also the very first Fintech to go public in the Arab region (in 2019). Fawry reports strong YoY growth. The firm’s Q1 2021 earnings reveal that it attained revenue growth of 35.5% YoY, along with a 17.2% YoY increase in active network customers, which stood at 30.7 million as of March of this year.

A few Egyptian Fintechs intend to go public later on in 2021. They reportedly include Ebtikar, a non-banking financial services firm, and E-finance, a digital payments company.