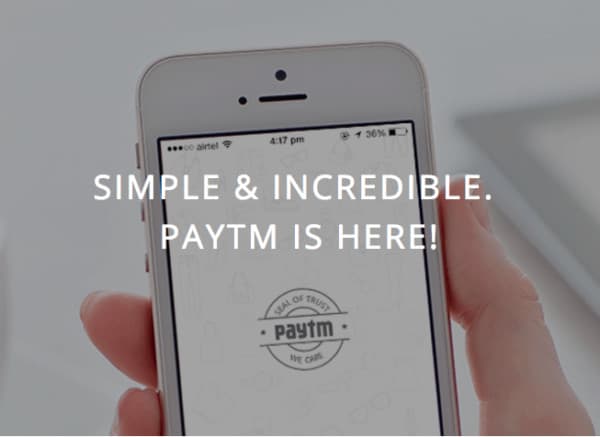 Alibaba-backed Indian major Fintech major Paytm is reported to be in talks with a few domestic payment gateways for a possible acquisition as it firms up its strategy to go public this year.

Paytm, owned by financial services firm One97, plans a $3 billion initial public offering (IPO) and has already got approvals from its board for the same. However, according to Economic Times, Paytm is looking to acquire one large payment gateways (PG) in the run-up to its IPO.

At present, there are about 4-5 prominent players in the country, including CCAvenue, owned by Infibeam, Billdesk, PayU, and Razorpay, amongst a few other mid-size players such as Instamojo, Atom, and Cashfree, which was recently acquired by the country’s largest public-sector lender State Bank of India.

Paytm is also a significant player in the country’s PG market, growing at 15 percent annually on the back of a rise in the adoption of digital payments. Cheap mobile data, affordable smartphones, rising awareness, and a spurt in Fintech companies in the last few years have led to the growth of digital penetration has been a significant growth driver, but the Covid19 triggered pandemic has accelerated it further. Today, there are about 150-175 million digital users in India, which is likely to reach 2500 million in the next ten years, and this will help the PG market swell to $100 billion by 2025, as per various industry reports, thus offering an ample opportunity for Paytm to play.

Economic Times quoted Paytm’s spokesperson that “neither Paytm nor any of its group companies are exploring any deal/arrangement/investment” with the speculated players—PayU, CCAvenue, and Billdesk. However, sources at Infibeam said that talks are in the “evaluation phase.”

Paytm, which is yet to file its draft red herring prospectus for the largest IPO ever with the markets regulator SEBI, runs a range of businesses such as a payments bank, a PG, a wealth management Robo-advisory, insurance, eCommerce, OTA, wallet, amongst other things on the lines of China’s super app Alipay. Paytm, which counts Softbank Group as its major investor, witnessed its revenue fall by 14% this year as Covid hit most businesses but the digital payments segment.

As per sources, an acquisition can give Paytm an ample opportunity to bolster its revenues and get a significant share in a market that is likely to touch $100 billion by 2025. Paytm that is likely to be valued at $30 billion post its IPO, claims to have attained the top position in the mobile payments segment by processing about 1.2 billion transactions in February this year. It competes with Google Pay and PhonePe, backed by the country’s most significant home-grown e-commerce player Flipkart.