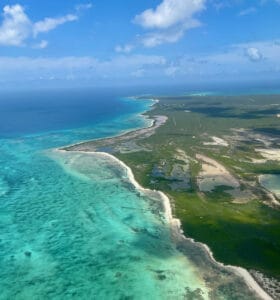 OceanDAO, a distributed autonomous organization supporting the Ocean Protocol, reveals that the 7th round is now open for submissions. More than $200,000 is being offered for Data Science, Developer, and AI Research projects according to a release shared with Crowdfund Insider.

During its first six months, OceanDAO has “made 49 grants to community projects,” the announcement noted while adding that more than 15M OCEAN tokens used were to vote in the funding initiative, “painting a promising picture of an autonomous future for the Ocean Protocol community.”

The announcement also mentioned that OceanDAO presents opportunities for public financing that’s open to data science and AI practitioners “interested in building and creating streams to sell and curate data.”

“OceanDAO’s seventh round is now open for submissions with 400,000 OCEAN (valued at $224K USD) available and up to 32,000 OCEAN per project. Proposals are due by July 6th. The community voting period begins on July 8th. Interested parties can pitch project ideas and form teams on the OceanDAO Discord. More information on the submission process can be found on OceanDAO’s website. OceanDAO is the community funding initiative of Ocean Protocol, the data exchange protocol.”

The update pointed out that OceanDAO’s funding has managed to reach almost ½ million OCEAN tokens during the first six rounds since its launch. OceanDAO, the grants DAO to assist with funding Ocean Protocol community-curated initiatives, has reportedly made 49 allocations since December of last year, with its 7th round now taking submissions.

OceanDAO intends to expand the fast-evolving Ocean ecosystem, as “a key component in the Ocean’s near-term growth and long-term sustainability,” the release noted while adding that OceanDAO remains focused on making strategic investments in certain areas that can assist with expanding the Ocean Protocol ecosystem including: “building and improving applications or integrations to Ocean, community outreach, making data available on an Ocean-powered marketplace, building and improving Ocean core software, and improvements to the OceanDAO.”

“Our main goal is to support the long-term growth of the Ocean Protocol. The OceanDAO community is evolving monthly including some of the brightest and enthusiastic builders in the new data economy sector. The DAO aims to continually grow the [number] of projects it supports by onboarding the next wave to the OceanDAO community.”

As mentioned in the release, the community behind OceanDAO includes talented data scientists, engineers, builders, educators, and more. OceanDAO holds monthly rounds, during which teams are invited to apply for grants.

OceanDAO community regularly casts its votes for initiatives that aim to provide the best chance for growth and sustainability “based on the following criteria: return on investment towards growth and alignment with Ocean’s mission.”

Town Hall meetings are “held every week and are open to the public to discuss the status of projects and the future of the DAO,” the announcement confirmed.

OceanDAO backs initiatives across “all aforementioned categories with financial resources to meet their objectives.”

“As the projects drive traction in the Ocean ecosystem, it grows network fees and improves fundamentals for OCEAN, which in turn increases funds to OceanDAO available for future investments. This “snowball effect” is a core mechanism of the Web3 Sustainability Loop developed by Ocean Protocol Founder Trent McConaghy, in which both Network Revenue and Network Rewards are directed to work that is used for growth.”

Network Rewards help “to kickstart the project and to ensure funding. Network Revenue can help to push growth further once the Web3 project achieves traction at scale,” the announcement noted.

You may access the list of initiatives supported since OceanDAO’s launch here. OceanDAO has reportedly seen more than 60 proposals since December of last year, and all project proposals are publicly available to view online.

As previously reported, Ocean Protocol’s mission is to support a new Data Economy that “reaches the world, giving power back to data owners and enabling people to capture value from data to better our world.”

According to Ocean Protocol developers, data is like “a new asset class; Ocean Protocol unlocks its value.” Data owners and consumers use the Ocean Market app “to publish, discover, and consume data assets in a secure, privacy-preserving fashion.”

Ocean datatokens “turn data into data assets” and this enables data wallets, data exchanges, and data co-ops by “leveraging crypto wallets, exchanges, and other DeFi tools.” Projects use Ocean libraries and OCEAN in their own apps “to help drive the new Data Economy.”

The OCEAN token is used “to stake on data, govern Ocean Protocol’s community funding, and buy & sell data,” the announcement explained while confirming that its supply is “disbursed over time to drive near-term growth and long-term sustainability.” OCEAN has been designed “to increase with a rise in usage volume.”