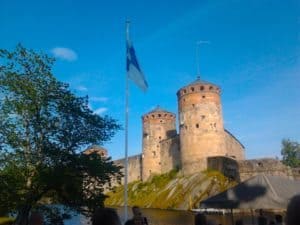 As noted in a release shared with Crowdfund Insider, Augmentum is leading Tesseract’s $25 million Series A round along with participation from several other investors such as Sapphire Ventures, BlackFin Capital Partners, DN Capital, Coinbase Ventures and prominent industry players Wintermute and Woorton.

“Tesseract is a forerunner in the dynamic digital asset sector, providing digital lending solutions to market makers and other institutional market participants via regulated custody and exchange platforms.  Tesseract was founded in 2017, is regulated by the Finnish Financial Supervisory  Authority (FIN-FSA), and was one of the first companies in the EU to obtain a 5AMLD (Fifth Anti-Money Laundering Directive) virtual asset service provider (VASP) license. It is the only VASP with an express authorization from the FIN-FSA  to deploy client assets into decentralized finance or DeFi.”

“We are witnessing  wholesale changes in digital assets infrastructure as it evolves to the demands of  increasing institutional activity. Following the separation of custody and trading in the first waves of evolution, Tesseract is addressing the next fundamental need in a space that has limited leverage capabilities. Tesseract’s management team have built a strong and profitable foundation with a great product and a clear vision.”

As mentioned in the release, Augmentum is the UK’s only publicly listed investment company focusing on the Fintech sector in the UK and wider Europe, having launched on the main market of the London Stock Exchange (LSE) back in 2018, “giving businesses access to patient capital and support, unrestricted by conventional fund timelines and giving public markets investors access to a largely privately held investment sector during its main period of growth.”