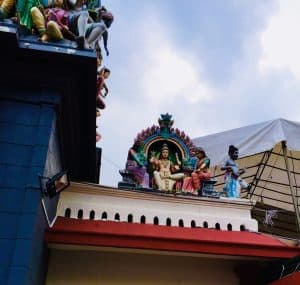 Singapore-based Hugo, a digital wealth and savings app, recently revealed that they’ve acquired $2 million in capital via a seed round from 1982 Ventures, established family offices and angel investors.

With the proceeds from its investment round, Hugo stated that it will be introducing additional features to help clients with improving their budgeting, savings and achieving their investing goals so that the company can support the financial wellbeing of its customers.

“Money is the biggest cause of stress and Covid-19 has only reinforced how financially unprepared most of us are. We are excited to introduce Hugo at a time when financial wellbeing has become so relevant.”

Hugo has developed a unique feature, known as the Gold Vault, which makes investing in gold more convenient and accessible for everyone. Hugo clients are able to purchase or sell gold for as low as SGD 0.01.

Gold has traditionally been a core investment for the ultra-rich and provides safety and wealth preservation during times of high inflation and socioeconomic uncertainty.

Hugo’s Gold Vault is reportedly backed by physical gold that resides in an accredited LBMA (London Bullion Market Association) vault. The gold is insured by Lloyds of London, allowing investors to benefit from the same level of protections as more established hedge funds and private banking institutions.

“Hugo is democratizing access to gold with a low fee product that is extremely thoughtful and approachable. Singapore is a perfect market to launch the next generation of digital banking and wealth solutions.”