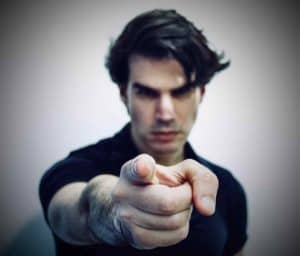 The Securities and Exchange Commission (SEC) has settled charges against UK company Blotics, the operator of Coinschedule.com, a site that promoted digital securities offerings. Blotics was determined to have violated the anti-touting provisions of the federal securities laws by failing to disclose the compensation it received from issuers of the digital asset securities it profiled.

According to the SEC, Coinschedule.com was accessible in the United States from 2016 to August 2019, and US visitors made up a majority of its traffic. Site visitors could read details of various offerings along with a trust score which Coinschedule claimed was an evaluation of the credibility and operational risk for each digital token offering based on a proprietary algorithm.

What visitors didn’t know was token issuers paid Coinschedule to profile their token offerings. Coinschedule continued to do this after the SEC issued its 2017 DAO Report that warned coins sold in ICOs may be securities and that those offering and selling securities in the U.S. must comply with federal securities laws. They also persisted with promoting the reviews without proper compensation disclosure even after public warnings that those promoting a virtual token or security must disclose the nature, scope, and amount of compensation received in exchange for the promotion.

“As the SEC’s order finds, Coinschedule presented potential investors with seemingly independent profiles about token offerings when in fact they were bought and paid for by token issuers,” said Kristina Littman, chief of the SEC Enforcement Division’s Cyber Unit. “The securities law prohibiting touting securities for compensation without appropriate disclosures to investors is clear and longstanding.”

Blotics agreed to cease and desist from committing or causing any future violations of the anti-touting provisions of the federal securities laws without admitting or denying the SEC’s findings. They will pay $43,000 in disgorgement, plus prejudgment interest, and a penalty of $154,434.